I love Pia and Dragos. The Unseen is the start of another trilogy featuring the couple and I’m super excited for it. Saying goodbye to their old life in the Wyr demesne in New York may be hard, but Dragos and Pia are determined to create a new life in the Other land of Rhyacia.

At first, everything seems idyllic. Rhyacia is paradisiacal. Accompanied by old friends and new allies, the future looks safe and bright for Dragos, Pia, and baby Niall.

But strange things are happening beneath the picturesque façade. Items move unaccompanied, buildings collapse without justifiable cause, and even the most Powerful residents of Rhyacia can provide no logical explanation for the events transpiring. Whispered rumors point to something called the unseen.

As Dragos and Pia investigate, they uncover a greater mystery than they could have imagined, and they realize the startling truth…

They’re not alone in Rhyacia. The land Dragos had thought was uninhabited hides many secrets, a shocking history that’s not quite ready to be buried, and something more.

Something ancient, evil, and hungry. Something that wants to consume Dragos and take everything he holds dear.
Something that just may be powerful enough to overcome the dragon…

“I think this is the nicest thing you’ve ever done for me.”

He looked faintly mystified as he stroked along Pia’s cheek with his thumb. “I’ve bought you plenty of jewelry that cost a hundred or a thousand times what this makeup box cost.”

Amusement curved her lips. Yes, he had, and it was a measure of his love for her that he was able to actually give the jewelry to her after he had acquired it. But as much as she loved that the dragon gave her jewels, those outrageously expensive pieces never meant as much to her as they did to him.

This, however, was purely about her. He had seen her struggling to let go of something that was pretty minor in the grand scheme of life, and he had taken steps to make sure she didn’t have to. He could have had the makeup inserted into disposable cardboard shapes, and that would have been astonishing and thoughtful enough, but, being Dragos, he had to turn the whole project into treasure.

“Thank you. I love it with all my heart,” she said. Hooking an arm around his neck, she drew his head down to hers.

“That’s all that matters, then,” he said against her lips. His voice had turned husky.

She had told him what she could of the things she struggled with, but there were some things she could never tell him. Never. Savoring his mouth and every sensual detail of his long, hard body pressed against her, she locked down those secrets tight in the deepest, most private part of her soul.

After all, they had already discussed it, two months ago after Pia and Rune’s mate Carling had been kidnapped. The kidnapping had been a ploy by a crazed and embittered Elf to trap and destroy Dragos Cuelebre, who was known throughout the Elder Races as the Great Beast. During that nightmare, Pia had been forced to give birth to Niall in a cave and had met Dragos’s brother, Lord Azrael, the god of Death.
Once, she had just been a New York girl who wore makeup from Target and got freaked out over having feelings for a dragon. She was an herbivore who had to keep her Wyr nature secret, while he was the ultimate predator. Falling in love and mating with him had felt earthshaking and immense all on its own.

But coping long term with the reality of mating with Dragos was like opening an infinity of nesting puzzle boxes. As soon as she opened one and thought she had a grasp on things, she found another box to open, another reality even more immense than the one before.

She remembered the conversation they’d had after the kidnapping as if it had happened yesterday. How many Primal Powers are there? she had asked. The Elder Races only have seven in their pantheon.

You got me, Dragos had said with a shrug. I don’t really have anything to do with them, except I used to have a…let’s call it a certain rapport with Azrael.

He hadn’t been lying, exactly; her truthsense was deeply attuned to him and she was certain of that. But his gold gaze had slid away from hers when he had said it.

And Azrael had said to her, You, of all people, should know how closely related death and the dragon are.

She did, or at least she had thought she had. But there were consequences to that close relation that she had never before queried, until then.

When she’d talked to Dragos, she’d tried to make light of it. To make it safe, as she’d asked him, We’re not going to talk about the pressures of godhood or anything like that?

And he’d brushed the whole thing off. Pia, what does godhood mean? Tiago is a thunderbird. More than half my sentinels have been worshipped as gods in Egypt. Look at the Djinn and what they can do. Hell, look at yourself in the mirror—look at yourself when you’re in your Wyr form. Unless something or someone kills you, you are going to live indefinitely, and your blood heals any wound. That’s pretty damn miraculous in my book. There are many of the Elder Races who have been called gods at one point or other in history, and just as many who have been called demons.

His logic had been unassailable. He was right, but….

Dragos was her husband, her mate, her dedicated lover, and most fierce protector, and yet in many ways he was still a total mystery to her. Some days, she couldn’t help but run that conversation through her mind again. Some days, she felt just like a New York girl who had gotten lost on a lonely road in a country so foreign she didn’t even know its name.
And the only thing that brought her home again was this: his mouth, his hands, his scent. Her body knew every exciting detail of his and craved it. She craved him.

When he shut the door to his office and turned back to her, his movements were tight with the hunger that drove him. She was already moving, stripping off her shirt and wriggling out of her jeans.

As she kicked out of them, he wound one hard arm underneath her hips and lifted her onto the desk. They often took their time with foreplay and teasing, laughing together under the velvet cloak of an indulgent midnight, but this was not one of those times.
He yanked off her underwear, and she eagerly wound her legs around his hips while she pulled his T-shirt over his head to reveal the heavy musculature of his tremendous chest. When he eased the thick, broad head of his erection against her opening, she was wet and ready. Her head fell back, eyes closed, as he entered her.

They fit together like the oldest, truest magic: yin and yang; female and male; dark and light.

It was only during times like these when she felt relief from the doubts and insecurities that plagued her. When all her doubts were vaporized in the heat of passion, and the deepest, most private part of her soul said to him, I don’t care who or what you are. You’re mine. 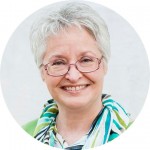 One response to “Sunday Spotlight: The Unseen by Thea Harrison”