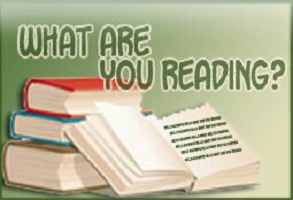 Casee: Last week I was going to start Demon’s Mercy by Rebecca Zanetti. I ended up not end up starting it. I blame the holidays. I hope to start it today.

Last week I mentioned a few books that I want to start on audio. I’m off work until next Monday, so I probably won’t start listening to anything until then. I’ll let you know what I decide to go with next week.

I’m not sure what I’m going to read next. I’m hoping to get at least a couple more in before the year ends.

Rowena: I’m not reading anything right now. I thought I was going to start reading 99 Percent Mine by Sally Thorne but I haven’t touched my Kindle in weeks. I am mostly binge watching Hart of Dixie on Netflix. When I’m not watching Hart of Dixie, I’m browsing Twitter and Instagram. I’ve given up for the rest of 2018. I’ll start my reading next year. 😉 What Are You Reading: The Other Miss Bridgerton

What are you reading this last week of 2018? Share!

13 responses to “What Are You Reading? (+ Julia Quinn Giveaway)”

Leave a Reply to Celine B Cancel reply