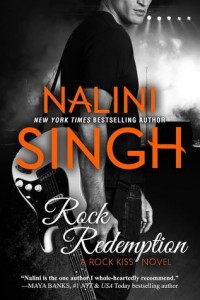 Noah and Kit became good friends with the potential for more. After months of sharing jokes, their trials and tribulations and building a strong friendship, Kit thought they were ready to take things to the next level..until she walked in on him with another woman. Something he purposely set up. Devastated, she cut him out of her life and avoided him as much as possible for months. But when he calls her in the middle of the night and she realizes he’s in trouble, she can’t abandon him.

Noah often has bad nights, but he finally hits rock bottom and takes things a step too far..then makes it worse by calling Kit and confessing how much he cares for her. When he wakes up in her spare room the next morning, he finally admits – to himself at least – that he can’t stay away from her. He needs Kit in his life. To fix what he’s broken, he’s going to have to work harder than he ever has, but Kit is worth it. And the alternative – not having Kit in his life – isn’t worth it.

Kit knows she can’t walk away from Noah when he needs her, but she also can’t open her heart to him again. When they’re forced to act like a couple for publicity, she has to work double-time to guard her heart. Because though she was devastated the first time he hurt her, she knows she won’t survive another cut, especially now that she knows his secrets.

I wasn’t sure what to expect from Noah and Kit. We learned in Rock Addiction, book 1, how Noah betrayed Kit. What we didn’t learn – and I was dying to find out – is why Noah betrayed her. I expected this to be a dark and rather angsty book, based on the hints that were dropped in the earlier books about the situation and the way both Noah and Kit acted around each other and the other characters, and it was. While it could have become too heavy, I felt there was a good balance of humor to lighten it. This isn’t a fun, peppy book, but it didn’t drag or leave me feeling depressed.

I loved how Kit stood up for herself with Noah. She warned him early on she refused to be an emotional punching bag for him. Though she couldn’t walk away when they needed each other, she also wasn’t going to let him go hot and cold on her. My heart broke for Noah and the trauma he dealt with in his past, it was Kit’s refusal to be used by him that really stayed with me.

“I fucked up.” Raising his hands, he cupped her face, his smile fading as his throat moved. “It had nothing to do with you. I just took it out on you because… Because I knew you’d forgive me.”
Her eyes burned. “I love you,” she whispered and pressed her fingers to his lips when he would’ve spoken again. “I love you, but I won’t be an emotional punching bag.”

Noah’s issues were deep and heavy, and at times hard to read. Though Singh doesn’t get into the specifics very much, it’s still easy to see why he’s so messed up and how he keeps falling down. I loved his dedication and devotion to his music, the other band members and Kit. Especially Kit. His strength and determination to make changes in his life for here was commendable and lovely. Of course, there was no magic fix here. The trauma and fear he experienced was too ingrained in him to have it magically disappear. At the end I still thought he was beautifully broken…but he was healing. That was enough for me.

One of my favorite aspects of this series is the friendship between the bandmates. Yes, they make music together. But more, they’re a family. Like all families they have dramas, but also a lot of love.

This book is at times emotionally wrenching, sweet and hilarious. All in all, a very satisfying entry in the series. I can’t wait to see what Singh brings us next.