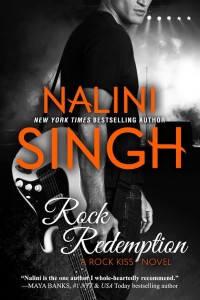 Kit has been friends with the guys from Schoolboy Choir since before they were famous. She thinks of them like brothers – all except Noah. He and Kit have had off the chart chemistry since moment one but it took a while before they were comfortable with each other. They became friend, then best friends, then closer and closer until Kit fell in love with Noah. Noah has demons from his past that he can’t get past however and he thinks he’s a horrible person and didn’t deserve someone as wonderful as Kit. When he realized that things were getting more intimate he purposely hurt Kit and drove her away.

Time has passed and Noah, knowing his demons and what he’s done to Kit, is at rock bottom. He is drunk and on the verge of shooting up (he doesn’t do drugs) when he calls Kit. She saves him from himself and he begs her to be his friend once again. Kit hesitates but finally agrees. She knows that she can’t open her heart as she did before as she doesn’t want to be hurt further. She also knows that something hurt Noah before but he refuses to talk about it.

Kit, despite her determination to get no closer to Noah, finds herself doing just that. They are pushed together to get media attention and Noah begs her to stay with him. Kit acknowledges that it’s a bad idea but can’t help herself and the way she feels about Noah and ends up taking the jump into loving him completely. Will Noah disappoint her again or will their relationship finally go in the direction she wants?

Rock Redemption is definitely a darker book than the first 3 stories in the series. Noah has some serious issues that he’s not willing to share with Kit. This makes for series tension between the two of them and we don’t actually find out what those demons stem from until much later in the book.   This annoyed me to a point but understood the need to keep the tensions high. It’s a poignant moment when Noah reveals all.

Besides Noah’s demons and Noah and Kits relationship we had a stalker. Well, Kit had a stalker and that is dealt with during the story as well. It’s not a huge part of the story but it’s woven in nicely.

The main part of the book is Kit and Noah’s tempestuous relationship. Noah truly loves Kit but doesn’t know how to be the man he feels he should be to deserve her. He constantly hurts her even though he tries not to (except that one time and he knows he screwed up big time) and that is a cause for strain on their relationship. When they’re forced together for the media in order to secure a part for Kit in a movie she’s dying to do they are adorable together. They touch and hug and it was so very sweet – I loved it! They were so perfect for each other and I was so happy that they finally worked everything out. I loved that Singh didn’t tie everything up with ribbons and bows at the end. The end let us know that life was perfect but they were going to do what they needed to do to make it work and that, to me, was a perfect ending to this story.

This is an awesome story and one I enjoyed so very much. I highly recommend the book and hope you all read it soon!

This title is self-published. You can buy it here or here in e-format. This book was provided by the publisher in exchange for an honest review.

One response to “Guest Review: Rock Redemption by Nalini Singh”