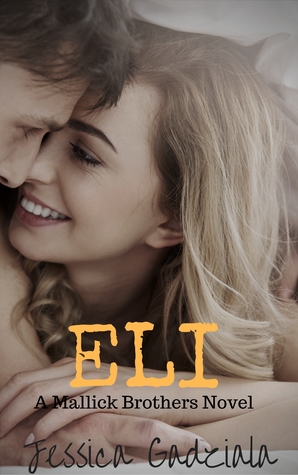 Six years on the inside gave a man a lot of time to think. And a lot of time to plan. When I got out, I was determined for things to go a different way. I never wanted to lose control and rage out again.
The only way to accomplish that, though, was to shut it all down. Complete disconnect.
That meant no family, no friends, no links to anything attached to the man I was before.
Of course the problem was, I never factored HER into my plans. And try as I might, I couldn’t find a way to shut it down, to disconnect from her.
I had a sneaking suspicion she was going to take all my carefully constructed plans and toss them out the window, was going to force me to face up the demons inside and confront the ghosts from my past.
Those ghosts? They wore the faces of my family.
And a confrontation with them, yeah, I had a feeling it was going to show me that I had spent six years taking action on beliefs about the demons inside. Demons that had never actually existed in the first place…


This book was my absolute favorite in the Mallick Brothers series. Which says a lot because the first four books were really well written & I was completely hooked when I was reading them. Eli continues Eli Mallick’s story. At the end of Mark, Eli was arrested for assault in front of Autumn. When he was taken away, Autumn couldn’t leave his ugly dog at the pound. She was sure that no one would want him. He was so sad when his owner was taken away that Autumn decided to take him.

Fast forward…Autumn found out who the man with the dog was. Once she tracked him down, she wrote him a letter to let him know that she had Coop & enclosed a picture. Eli didn’t respond. A few years later Autumn sent a picture of Coop in his Halloween costume. After that they communicated sporadically. Although it wasn’t very often, Autumn found herself really drawn to Eli & she wasn’t sure why. She didn’t know him. She didn’t know his family. She didn’t know his circumstances. All she knew was that he assaulted a man that almost killed his wife then got railroaded because said man had a powerful father that pulled strings to get Eli convicted.

For the six years that he was behind bars, Eli made a decision to shut out his emotions. He was determined to get his rage fits under control. Which meant cutting off his family. When he felt real emotions, he couldn’t stay away. Eli doesn’t want back into the family business. He wants to continue his art & get to know Autumn. He doesn’t know why he’s so drawn to her, but he can’t turn his emotions off when it comes to her.

Eli’s situation was just heartbreaking. He was never meant to be an enforcer for the family’s loanshark business, but that’s what happened. When all else failed, Eli was sent to collect the debt that was owed to his family. He would rage out though he always had one of his brothers there to pull him back. What was so sad was that he was such a gentle soul. The fact that he would rage out, he had no outlet to control it except for the physical.

Autumn was such a great heroine. You could tell that she loved Eli from the moment he got out of prison though she hadn’t admitted it to herself. There was something about her that draws him & makes Eli feel that he needs her in his life. With Autumn he has an outlet from the rage that comes over him, in the form of sex. The first time Eli raged out after getting out of prison was after he saw one of his brothers. Just heartbreaking.

Eventually the family reunited and holy shit, but I was an emotional mess. His poor mother. Still, I thought they brought it on themselves by forcing Eli to be something he was never meant to be. Violent. The epilogue of this book just gutted me. If I was something that cried while reading, this one would have made me cry. I am so happy with the Mallick Brothers series & I can’t wait to read Gadziala’s other books.