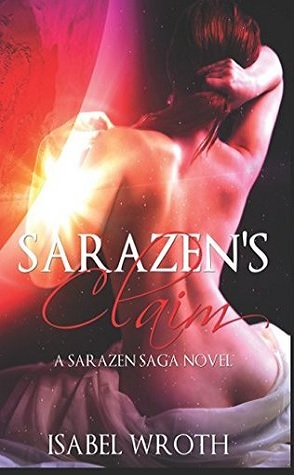 AUTHOR'S NOTE: In answer to all the very important comments, this is the professionally re-edited version, previously released on July 24th. This book is PART OF A SERIES. Not a HEA and not a Cliffhanger...somewhere in between.

One hundred and fifty years ago the most powerful countries of Earth built and launched five ships. Ships meant to carry what remained of humanity out into the space beyond their known galaxy to find a new home. As a third generation botanist, it never occurred to Clary Starborn that she might some day be in charge of anything other than her little lab. That changed the day their ship was attacked by an alien species straight out of myth.

As commander of the Sarazen armada, Tarek had seen some poor excuses for spacefaring vessels. The one currently being attacked by the Na'ah was to date, the worst. So primitive in its design, Commander Tarek was fascinated it had even survived the harsh vacuum of space. Or the time it had taken to launch it. The species was unfamiliar to him, but initial scans suggested the beings within here somewhat intelligent. Though the ship was outside Sarazen territory, it was his duty to eradicate the Na'ah wherever he encountered them. He had not anticipated that by his actions, the course of his life would be forever changed. By a soft, delicate being who studied flowers and trees. One scent, one touch, was all it took to be Claimed.

Clary was born on the Starsong, one of 5 ships launched from Earth with the last of humanity. When their ship is attacked by a snake-like alien species she is able to save a handful of others in an escape pod. They, in turn, are saved by warship Commander Tarek, a Sarazen warrior. The Sarazens are a shapeshifting race of warriors who search their whole, long-lived lives for their one true mate. To the shock of both the humans and Sarazens, Tarek is called as mate by Clary. Several of the other rescued humans are called as mates to the Sarazen Warriors, too.

Even more shocking, when they are given blood transfusions from the Sarazens, the human women gain the ability to shift. Not just the half-form of Sarazen females, either, but the full shift of Sarazen males. Amid this discovery a treacherous plot is uncovered and Clary and the other humans find themselves in grave danger on the Sarazen home planet.

This was an unexpectedly dark sci-fi romance. The tone of the book is somewhat light, and there are some over-the-top themes, but I was surprised by the dark deeds done by the humans and others. Forced sterilization, rape (off-page), domestic violence, eugenics, etc. The pacing was a bit slow here and there, and the book was rather long, but overall I really enjoyed it. I liked how strong Clary and the other humans were, and how adored they were by their mates. There’s a lot going on in this book, and over the course of the series, but I was never bored or impatient while reading.

One response to “Review: Sarazen’s Claim by Isabel Wroth”