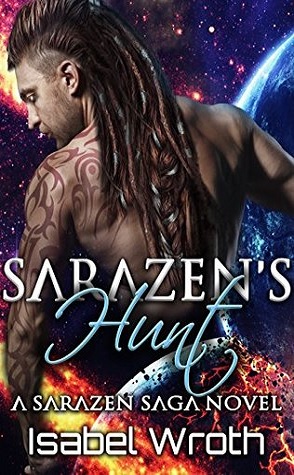 -GOOD LUCK ON THE HUNT. Newly-appointed Commander Kalix has been tasked with a crucial mission for the Sarazen race: discover the fates of the remaining human starships, and bring home the survivors—if there are any left, that is… His crew come upon the wrecked remains of the Sestrenka, and the chattering captain’s logs set them on the trail of a human colony established over twenty years ago. Moika, the hope of the starbound human race. But as Kalix and his warriors grow closer in their search, the distress signals show there is something terribly wrong on Moika. Something deathly wrong.

-LEAVE NO SKIN EXPOSED. Alec, Firstborn Moika, is a hardened young woman and the defacto leader of the colony on Moika—because all that remain are she, her sister, and a ragtag band of Moika-born children. The hostile natives who dwell in the water, known only as “Scylla,” have decimated the colony’s population. When all hope seems lost, the Sarazen appear and offer the survivors sanctuary: an end to their suffering, an end to the running, and an end to the killings. A return to civilization. But for Alec, who spent most of her life herding and protecting the colony, it’s a bittersweet rescue. All she’s known is fighting but suddenly the gauzy promise of peace is dangled in front of her. Will the deep anger she feels at being an outsider ever subside?

When Tarek retired from active service to be with his mate, Kalix was promoted to fill his role as Commander. Kalix has been tasked with finding the remaining 4 Earthen ships. When he discovers the wrecked remains of the Sestrenka, he fears all is lost. Until he finds transmissions from the planet Moika and realizes there are at least some of the survivors.

Of the 2000 settlers who were left on Moika, only a handful of children remain. Alec, a firstborn Moika, has been their defacto leader since she was 16 and the last of the adults were murdered by hostile water-dwelling native creatures. They’ve had to fight for survival for so long, she feels lost and alone once they’re rescued. Dealing with grief over the loss of her sister, and the devastating realization that she and Kalix were mates, but he left her behind on purpose, Alec doesn’t know what to do with herself. She’s so used to caring for everyone and keeping everyone alive, she’s at odds now that they’re all safe and cared for.

I really loved how fierce and protective Alec was. My heart broke for her at the beginning of the novel, and her continued grief really got me as the story went on. I loved how she used her anger to fuel her, but managed to be caring and loving (in a gruff sort of way) to the children she helped raise on Moika. I also loved how she pushed Kalix and made him see things from her perspective. The overarching storyline from previous books was furthered here, and I enjoyed the twists and turns.

I don’t feel like I’m really doing these books justice with my reviews. The world is very complex and there are a lot of moving parts.