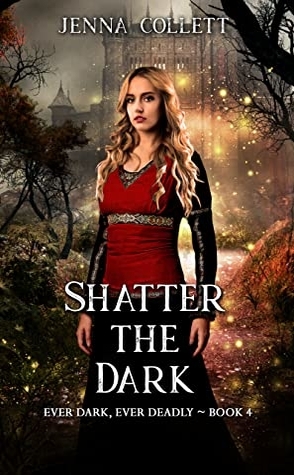 The path out of darkness lies with each other.
Liana Archer knows the kind of evil that lurks in the dark. Kidnapped by a witch and forced to leave behind her twin brother to escape, she vows to live her life with purpose even as the past haunts her nightmares. Years later, her adoptive family and her skills in weapon forgery have put her on a fresh path, until her father is thrown in prison for a crime he didn't commit. Now, she'll do anything to gain his freedom, even if it means bargaining with a beast.
A scarred and broken man, Bowen Mackenzie only wants one thing: revenge on the man responsible for his scars. It's finally within his reach when a merchant delivers the mystical blade he's been searching for. But a new plan forms when he learns the merchant's daughter forged the magical weapon.
Living together in a remote manor by the sea, Bowen gets more than he bargained for as the tempting beauty upends his cold existence. When buried secrets threaten to destroy their fragile bond, and an old enemy from Liana's past returns, he must choose between his revenge and the woman who could be his salvation.
Hansel and Gretel meets Beauty and the Beast in this exciting new retelling!

Shatter the Dark (Ever Dark, Ever Deadly #4) by Jenna Collett is a fairytale reimagining with Hansel and Gretel and Beauty and the Beast elements. This is my favorite book of the series to date and one of my favorite reads from 2021.

Liana and her twin brother were kidnapped by a witch. He sacrificed his own escape so she could get away, and then he and the witch disappeared. Liana was found and taken in by a kind family and she became a premier weapons maker. Bowen Mackenzie was one of the world’s leading adventurers until he was left scarred and broken. Now his only obsession is finding revenge against the man who is responsible for his scars. When a magical blade turns up, one that will lead him directly to his nemesis, and Bowen realizes Liana made it, he ensures she’s forced to stay with him to make another.

This is a really well-written fairytale series. Liana was such a strong character. I really loved how she overcame her past trauma and how capable she was. Although Bowen engineered her stay with him, Liana didn’t let him get away with anything. Bowen was a beast in the beginning, but watching him grow into more was sweet and adorable. They were both a little broken and scarred, but I loved the way they came to lean on one another.

There is some overlap between this book and Wolfish Charms, book 2, but I don’t believe they need to be read in order. I’m really looking forward to reading more in this series.

Ever Dark, Ever Deadly