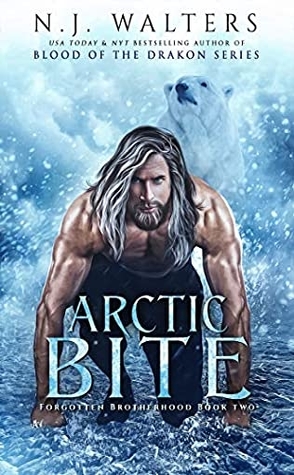 Being immortal doesn’t mean you can’t die. It just means you’re damn hard to kill.
When Alexei Medvedev joined the Forgotten Brotherhood — paranormals hired to assassinate other paranormals — he knew it wouldn’t be a cake walk. But his next target is one of Death’s own Reapers gone rogue. For the first time since he started this gig, “damn hard to kill” feels more like “damn near impossible.”
Tracking Cassie Dobbs brings him to a remote bar in small-town Alaska, where this hot-as-hell Reaper is casually serving drinks, as if she doesn’t have a bounty on her head from Death himself. Alexei is dangerously intrigued. Everyone in the Brotherhood knows the first rule: don’t fall for your target.
But Alexei soon has bigger problems to face than an unexpected attraction. They only send assassins after those who deserve to die…or so he’s been made to believe. Now that he’s met Cassie, though, he’s not so sure.
What if everything he’s been told is a lie, and the person he’s been sent to kill is the only one who knows the truth?
Each book in the Fury Unleashed series is STANDALONE:* Fury Unleashed* Arctic Bite

The Forgotten Brotherhood is the last line of defense against paranormal creatures gone rogue. Immortals going after immortals, if you will. They only take contracts to take out immortals who deserve it. When life and death is at stake, there can be no mistakes.

Alexei Medevdev is a vampire/polar bear shifter and he is on the hunt for an immortal in Alaska. When he arrives to the

Cassie has been on the run from Death himself. As a reaper, Cassie has been around since the dawn of time, reaping souls. Eventually it becomes too much for her to bear, so she runs. Hiding in a remote town in Alaska seems like just the thing. Then Alexei shows up in her bar. She immediately knows something is off about him, but she’s not sure what. If she uses her power to sense what and who he is, it will bring the reapers down on her head. So she acts like any other mortal, though that’s the biggest lie of her life.

It doesn’t take Alexei long to realize that something is not adding up and that Cassie is not what she seems to be. It’s not long before he is protecting her, though he soon learns that she is not someone that needs protecting. While this wasn’t my favorite book in the series, I really did enjoy it. I love the world that Walters has created here. There is a mishmash of lore in this series and it’s very compelling.

Additionally, the first two covers in this series are amazing. 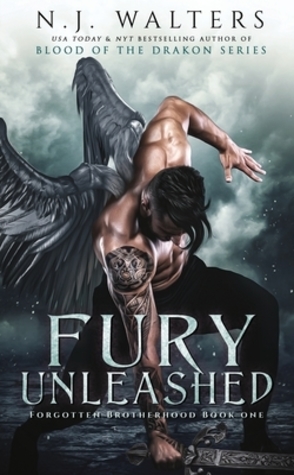 Maccus Fury, a fallen angel, is trying hard to keep his sanity. Seems being an assassin might be catching up with him. Now, Heaven, or Hell, has sent a beautiful assassin to kill him. Lovely. She's pretending to seduce him, and he's okay with that. She's smart and snarky – but she has no idea what she's walked into. And he's more than peeved that they only sent one person. They're going to need an army if they want him dead.
Morrigan Quill is one of Hell's bounty hunters. She sold her soul to keep her sister safe, and now she's working off her contract by catching bad guys and dragging them back to hell. When Lucifer makes her a new offer – that's definitely too good to be true – she can't say no. All she has to do is kill a powerful and crazy-hot fallen angel, who will totally kick her ass in battle.
Good thing he won't see what's coming next.

After selling her soul to Lucifer to save her sister, Morrigan is one of Hell’s best bounty hunters. When Lucifer offers her a way out of her contract, she thinks it’s too good to be true. When she finds out who she is supposed to kill, she knows that she’s going to die. No one goes after the Forgotten Brotherhood, a group of misfit paranormals that police the paranormal world. Maccus Fury is the unofficial leader of the Forgotten Brotherhood. As a fallen angel, Morrigan knows that it will be almost impossible to kill Maccus. She doesn’t know that Maccus has been ordered to kill her by Gabriel himself.

Maccus doesn’t kill humans. He certainly won’t kill Morrigan, unless she tries to kill him first. As the two spend time together, they both realize that they are being used as pawns in a game that they don’t even know they are a part of.

I really liked the story, but there was something missing. I can’t put my finger on what it was. I really enjoyed Morrigan. She was a badass bitch. I really liked Maccus. When Morrigan sacrifices herself for him, it just about killed me. He was so surprised and that just broke my heart. He was so used to being betrayed by people that he trusted that it was hard for him to believe that Morrigan would do something so selfless.

Although it’s not my favorite book, I liked it enough to continue the series.