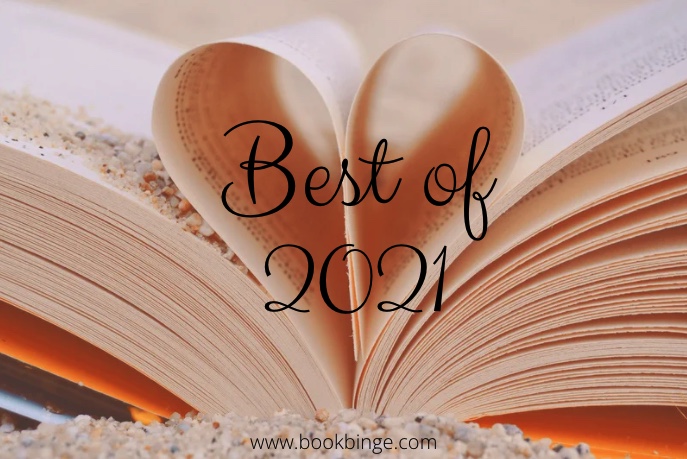 It’s that time of year again. The time where we come together and look over the books that we’ve read over the course of 2021 and list our favorites. Today’s list will include all of our favorite books that we read in 2021. Join us for a week of reflecting on our favorites and not so favorite reads, authors, heroes, heroines, and series.

Guild Hunter by Nalini Singh: While Archangel’s Light wasn’t my favorite installment in the series, the series itself is still amazing. I am continually enthralled by the world that Nalini has created here.

Realm Enforcers by Rebecca Zanetti: I read this series late in 2021, so it’s still on my mind. Which doesn’t mean anything except that the series is amazing. I read the entire series in less than a month. The characters were so intriguing that I couldn’t stop. I think this is Zanetti’s best series.

Aurelia Ryder by Ilona Andrews: Do I really need to say anything here?

Clifton Forge by Devney Perry: This is your classic MC type series. It is completely engrossing.

Honorable Mentions: Dominion by Juliette Cross, Getting Some by Emma Chase, Wrecked by Catherine Cowles, and Dark Protectors by Rebecca Zanetti.

Ever Dark, Ever Deadly by Jenna Collett: I was really into Fairytale retellings in 2021, and this series was one of the better ones I found. Each book is a blend of fairytales. Books 2 and 4 were especially good. I highly recommend them.

Demon Days, Vampire Nights by K.F. Breene: This is a multilayered series that spans several trilogies and spinoffs featuring different characters. I loved the world-building and the characters.

Class 5 by Michelle Diener: I read more Sci-Fi in 2021 than I usually do, in part because of this series. The books are romance-lite, but I hardly noticed. I was fully invested in the thinking AI’s and the way they bonded with their humans.

Sarazen Saga by Isabel Wroth: What a crazy ride this series was. There’s a lot going on in this series. I was never bored or impatient while reading. I was fully invested in each character and story.

Dominion by Juliette Cross: I really loved the books in this series. The overall theme has shades of Nalini Singh, which worked well for it. I loved the strong women and the world.

Honorable Mentions: The Little Coven by Isabel Wroth, Dark Planet Warriors by Anna Carven, Getting Some by Emma Chase and Sins for All Seasons by Lorraine Heath.

What was your favorite series in 2021?