For years Lucca and Quade have shared women and enjoyed games of sexual dominance. While she was married, Kiera was off-limits, even in their fantasies. Now that she’s single, guilt and loyalty keep them from acting on their desire.

At twenty-six, Kiera has been a widow for almost as long as she was a wife. Before pain and loss stripped her bare and changed her, she’d never craved the things Lucca and Quade want in the bedroom. Now she does. She knows they love her. But for them to have a future together, she needs to break through their emotional barriers.

Unknown to them, she’s got a plan. And if it works, Quade and Lucca won’t be able to resist her healing seduction.
Note: Set in the Crime Tells world, with brief cameos from Lyric (Lyric’s Cop), and Calista and Benito (Calista’s Men).

This review was originally published on February 13, 2010

I’ve never read Jory Strong before, but I think I’m going to have to check out her backlist.

Kiera has been widowed for two years now and she decides enough time has passed. She’s ready to move on with her life, and there’s no one she’d rather do that with than her friends, Lucca and Quade. The problem? These men had also been friends with her husband, and there is definitely some guilty feelings on their part. But will their love for Kiera overcome the guilt?

First of all, Kiera doesn’t know how Quade and Lucca feel about her. So she decides (with the help of her friend) to set up a date with two different guys to see if Lucca and Quade would react to the sight of her between two guys. Well Lucca goes nuts with jealousy and tells her if she wants to know what its like with two guys, he and Quade will be the two to show her, no one else.

One little thing – there was some head jumping going on. This could get confusing, especially between Quade and Lucca. But that’s my only beef!

Healing Seduction gets a 4 out 5 (B) from me. Plenty of heat! A humdrum life… Keri Montero lives a boring life. Work, TV, volunteering, and her quilting hardly make the stuff of fantasy and dreams.

A mistaken invitation… All this changes when she receives an invitation to a charity Halloween costume party to benefit the local opera house. She decides to go, even if the tickets are—gasp—$100 each.

A walk on the wild side… Her costume can be anything, and Keri decides to live on the wild side for once. Going as a submissive slave girl might invite trouble. But when she meets the man of her dreams, she decides to go even wilder. Keri wants to submit to his every…sexual…whim.

So after getting the invitation to the Halloween party Keri has to decide what to be. She goes online after deciding to be a slave girl – since there are always so many in the operas – and buys a costume sight unseen. That right there would put up a big red flag for me. When she gets the costume it’s more of a bdsm costume than anything else but Keri decides to go for it. When she gets to the party she talks up many gentlemen but none of them seem to get what she was trying to do – which was a find a master. When she meets the man – who’s dressed as a sun god and is masked himself they immediately are drawn to each other and leave the party.

This was a very cute story but I have to say that I did have a couple of issues with it. First I found that what Keri was doing was completely not her. She came home and watched Charmed every day and ate microwave meals and quilted. I just couldn’t see her – even in her wildest dreams doing something like this. I saw her as more of the person who would get the costume on a whim and then decide not to wear it. IDK it just didn’t hit me right. The second would be that she fell in love with the sun god – sight unseen – knowing nothing about the man except having sex with him 3 times. Having great sex is wonderful, don’t get me wrong, but a love relationship it does not make imho. 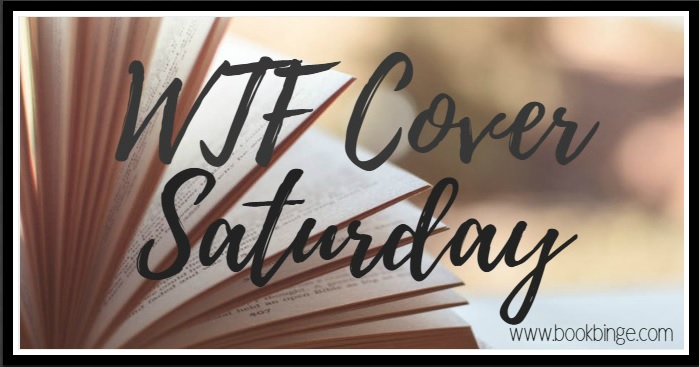 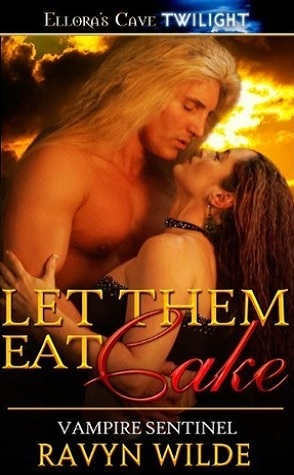 The first cringeworthy cover of the year is a throwback to Ellora’s Cave. How many of us are glad these covers are in the past? *raises hand* Where’s the cake that they’re supposed to eat? Is she the cake? Is her name Cake? WTF?

This week’s cover comes from our reader Sandy, who emailed us the cover and made me laugh as soon as I spotted the cover. 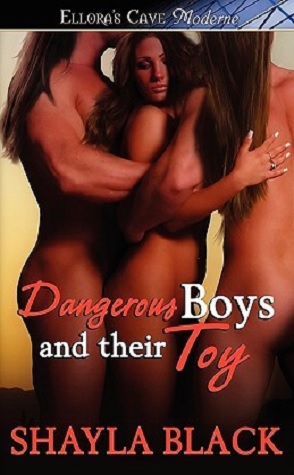 I mean, how can you not see that cover and laugh? Ellora’s Cave is a go-to place for all things WTF, don’t you think?