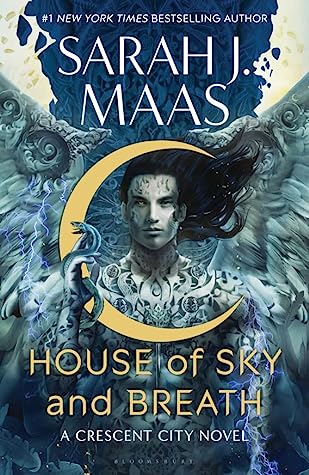 Bryce Quinlan and Hunt Athalar are trying to get back to normal―they may have saved Crescent City, but with so much upheaval in their lives lately, they mostly want a chance to relax. Slow down. Figure out what the future holds.

The Asteri have kept their word so far, leaving Bryce and Hunt alone. But with the rebels chipping away at the Asteri’s power, the threat the rulers pose is growing. As Bryce, Hunt, and their friends get pulled into the rebels’ plans, the choice becomes clear: stay silent while others are oppressed, or fight for what’s right. And they’ve never been very good at staying silent.

In this sexy, action-packed sequel to the #1 bestseller House of Earth and Blood, Sarah J. Maas weaves a captivating story of a world about to explode―and the people who will do anything to save it.

Holly: I’m actually behind a book in this series, but I’ll get back to it soon. 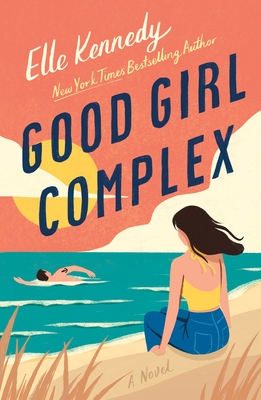 She does everything right. So what could go wrong?

Mackenzie “Mac” Cabot is a people pleaser. Her demanding parents. Her prep school friends. Her long-time boyfriend. It’s exhausting, really, always following the rules. Unlike most twenty-year-olds, all she really wants to do is focus on growing her internet business, but first she must get a college degree at her parents’ insistence. That means moving to the beachside town of Avalon Bay, a community made up of locals and the wealthy students of Garnet College.

Mac’s had plenty of practice suppressing her wilder impulses, but when she meets local bad boy Cooper Hartley, that ability is suddenly tested. Cooper is rough around the edges. Raw. Candid. A threat to her ordered existence. Their friendship soon becomes the realest thing in her life.

Despite his disdain for the trust-fund kids he sees coming and going from his town, Cooper soon realizes Mac isn’t just another rich clone and falls for her. Hard. But as Mac finally starts feeling accepted by Cooper and his friends, the secret he’s been keeping from her threatens the only place she’s ever felt at home.

Holly: I really like Elle Kennedy. I know what to expect from her and I’m looking forward to falling into this book. 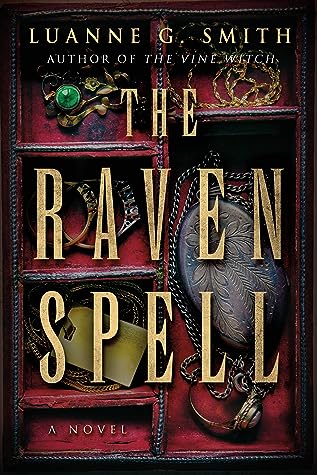 The Raven Spell (Conspiracy of Magic #1) by Luanne G. Smith

In Victorian England a witch and a detective are on the hunt for a serial killer in an enthralling novel of magic and murder.

After a nearly fatal blow to the skull, traumatized private detective Ian Cameron is found dazed and confused on a muddy riverbank in Victorian London. Among his effects: a bloodstained business card bearing the name of a master wizard and a curious pocket watch that doesn’t seem to tell time. To retrieve his lost memories, Ian demands answers from Edwina and Mary Blackwood, sister witches with a murky past. But as their secret is slowly unveiled, a dangerous mystery emerges on the darkened streets of London.

To help piece together Ian’s lost time, he and Edwina embark on a journey that will take them from the river foreshore to an East End music hall, and on to a safe house for witches in need of sanctuary from angry mortals. The clues they find suggest a link between a series of gruesome murders, a missing person’s case, and a dreadful suspicion that threatens to tear apart the bonds of sisterhood. As the investigation deepens, could Ian and Edwina be the next to die?

Holly: I really enjoyed this author’s previous series and I’m really interested in this premise. 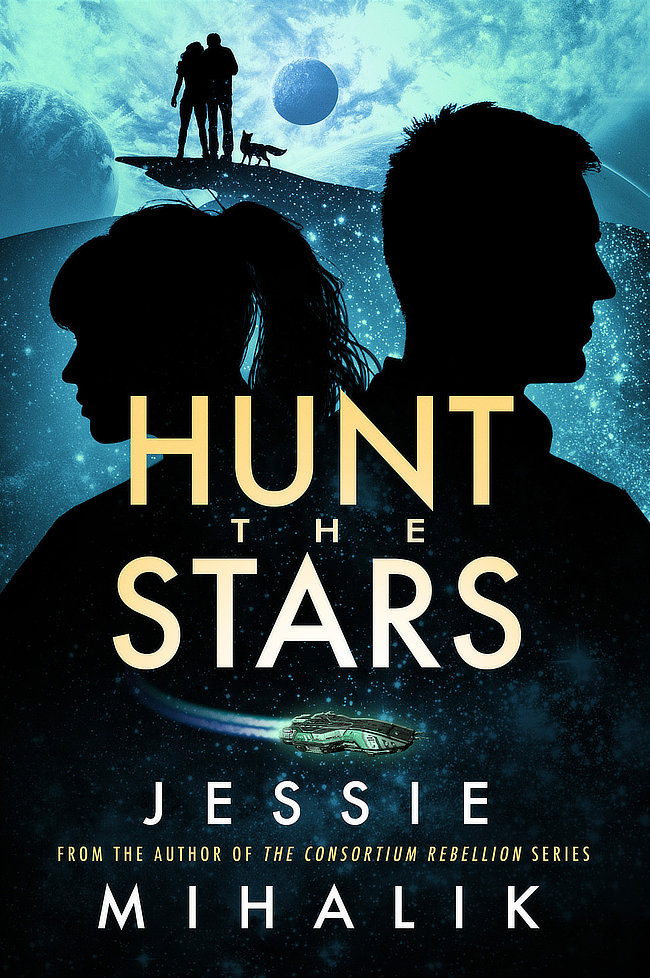 The critically acclaimed author of Polaris Rising takes readers on an exciting journey with the start of her brand-new series about a female bounty hunter and the man who is her sworn enemy.

Octavia Zarola would do anything to keep her tiny, close-knit bounty hunting crew together—even if it means accepting a job from Torran Fletcher, a ruthless former general and her sworn enemy. When Torran offers her enough credits to not only keep her crew afloat but also hire someone to fix her ship, Tavi knows that she can’t refuse—no matter how much she’d like to.

With so much money on the line, Torran and his crew insist on joining the hunt. Tavi reluctantly agrees because while the handsome, stoic leader pushes all of her buttons—for both anger and desire—she’s endured worse, and the massive bonus payment he’s promised for a completed job is reason enough to shut up and deal.

But when they uncover a deeper plot that threatens the delicate peace between humans and Valoffs, Tavi suspects that Torran has been using her as the impetus for a new war. With the fate of her crew balanced on a knife’s edge, Tavi must decide where her loyalties lie—with the quiet Valoff who’s been lying to her, or with the human leaders who left her squad to die on the battlefield. And this time, she’s put her heart on the line. 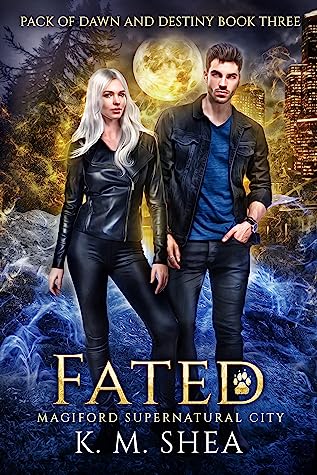 Holly: This is the third and final book in the Pack of Dawn and Destiny series, which is part of the Magiford Magical Community world. I’m really looking forward to seeing where things go with Greyson, Pip and the rest of the pack. 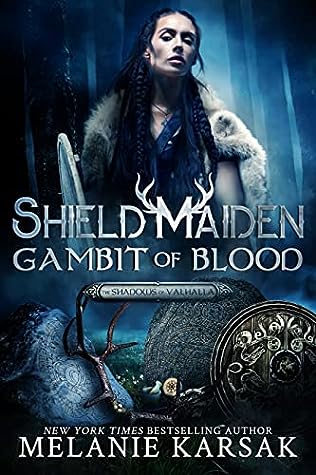 (The Shadows of Valhalla #1) by Melanie Karsak

An orphaned descendant of Loki.
A princess without a kingdom.
A shield-maiden plagued by the shadows of Valhalla

Born to rule two jarldoms, Ervie should of had a life of ease. But fate has not been kind. Her parents’ jarldoms destroyed in the wars of a previous generation, Ervie is set adrift in the world. Taking refuge in the lands of the famed King Gizer, Ervie finds a temporary retreat from her aching sense of loss. But when Gizer’s warband is summoned to defend one of his staunchest allies, the journey promises more than just battle for Ervie.

As it turns out, the Norns have been weaving.

Once, Ervie’s parents were considered the most powerful practitioners of Norse magic in all of Scandinavia. That same magic has been sleeping under the shield-maiden’s skin. Soon, this descendant of the trickster god will find herself on a path to reclaim what was lost…and follow her destiny.

Fans of Vikings and The Last Kingdom will relish The Shadows of Valhalla series. This sweeping Viking historical fantasy retells the story of the second legendary heroine named Hervor—called Ervie by those who know her well—the inspiring shield-maiden from the Norse Hervarar Saga.

Readers of The Road to Valhalla series will love this next-generation tale in a beloved Viking world.

Holly: I still need to finish the first series set in this world, but I’m looking forward to continuing. 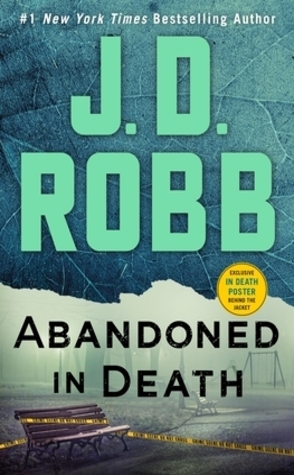 The woman’s body was found on a bench in a New York City playground. She was clean, her hair neatly arranged, her makeup carefully applied. But other things were very wrong—like the tattoo and piercings, clearly new. The clothes, decades out of date. The fatal wound hidden beneath a ribbon around her neck. And the note: Bad Mommy, written in crayon as if by a child.

It seems clear the killer’s childhood was traumatic—a situation Eve is all too familiar with herself. Yet the clues point to a perpetrator who’d be around sixty, and there are no records of old crimes with a similar MO. What was the trigger that apparently reopened such an old wound and sent someone over the edge? When Eve learns that other young women have recently vanished, the case grows even more urgent—and to solve it she’ll need to find her way into a hidden place of dim light and concrete, into the distant past, and into the depths of a shattered mind.

Casee: Although I’m very far behind in this series, I always love when a new release comes out.