Elle Kennedy writes such smart romances. I love the witty banter and smart women. I always get sucked right in. But I’ll be honest. I didn’t love how my boy Hunter was treated in the first book. I’m so excited to see him get his story. A brand-new standalone in the New York Times bestselling Briar U series!

He’s obviously hiding something as he presses a few buttons on the machine to trigger the cool-down setting. When he glances at me again, his expression is sheepish. “I have a confession to make, but you have to promise not to be mad.”

“I will never promise that. Ever.”

“Seriously. Tell me at your own peril.”

“Fine. I jerked off the other night—”

“Congratulations. Did your penis tingle when you came?”

“I meant I wasn’t finished speaking,” he growls. “I jerked off the other night…fantasizing about you.”

“Oh. My. God.” I stare at him in utter disbelief. “Why would you ever tell me that?”

“Because I felt guilty about it. Like I needed to go to church and confess.”

I can feel myself blushing, and I suspect I’m redder than a tomato. Yes, I have many male friends, but this is the first time one of them has confessed to pleasuring themselves while fantasizing about me. I mean…it’s flattering, I guess? If TJ or Darius or—
I shudder at the mere thought of it.

My thighs actually clench together at the dirty image.

Hunter heaves a big sigh. “I feel so much better now that I got that off my chest.”

His dark eyes twinkle. “Take it as a compliment.”

He uses the hem of his shirt to mop up the sweat on his brow, which means he literally just flashed his entire chest to me and the rest of the gym. His washboard abs are glistening.

“Anyway, aside from the teeny little hiccup of me yanking it with you in mind, I’m truly digging this thing we have.” He gestures between us. “Promise me this will never change.”

“That what will never change?”

“That you’ll never want to sleep with me,” he says dramatically.

The sheer arrogance… I release a sigh of my own and reach over to pat his stupidly muscular arm. “I promise I will never want to sleep with you, Hunter.” 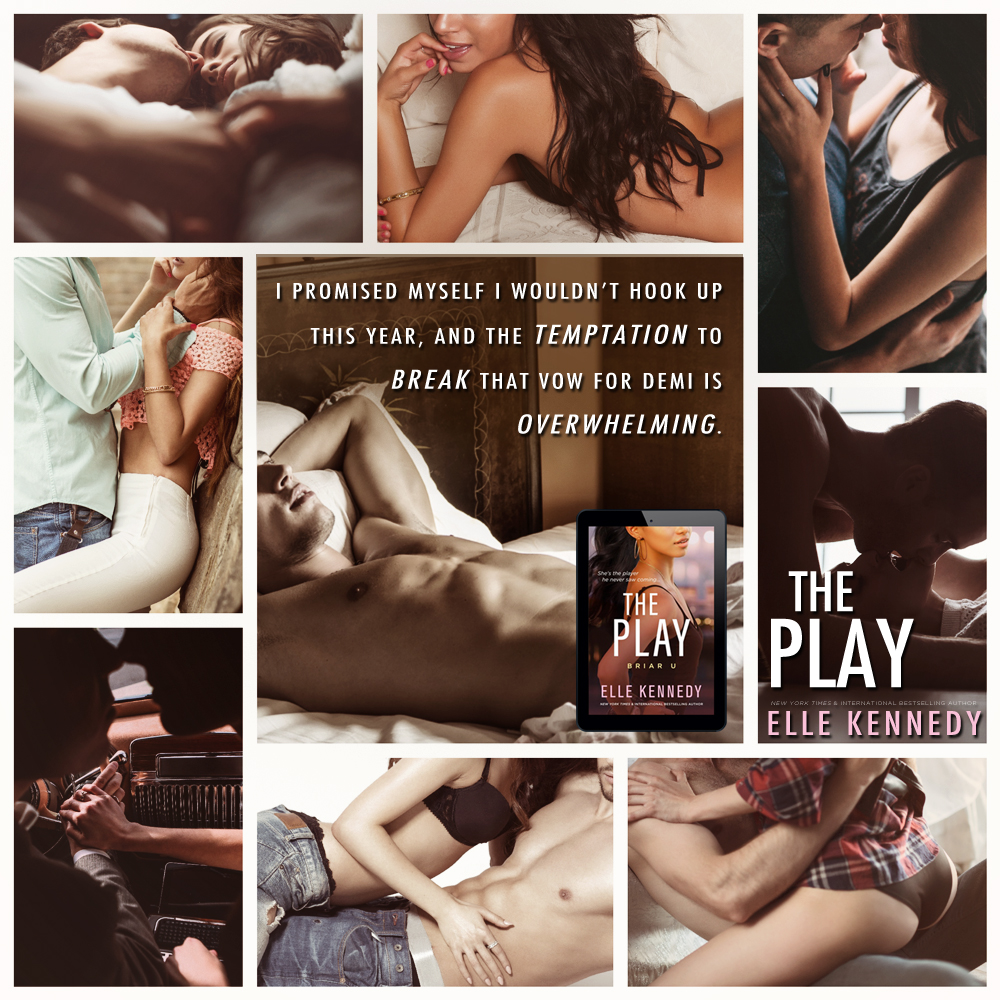 BONUS! Want more story? Get the bonus epilogue for The Play here.

5 responses to “Sunday Spotlight: The Play by Elle Kennedy”