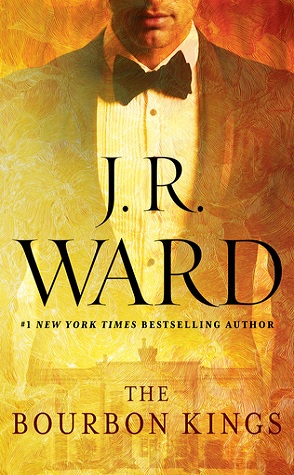 For generations, the Bradford family has worn the mantle of kings of the bourbon capital of the world. Their sustained wealth has afforded them prestige and privilege—as well as a hard-won division of class on their sprawling estate, Easterly. Upstairs, a dynasty that by all appearances plays by the rules of good fortune and good taste. Downstairs, the staff who work tirelessly to maintain the impeccable Bradford facade. And never the twain shall meet.

For Lizzie King, Easterly’s head gardener, crossing that divide nearly ruined her life. Falling in love with Tulane, the prodigal son of the bourbon dynasty, was nothing that she intended or wanted—and their bitter breakup only served to prove her instincts were right. Now, after two years of staying away, Tulane is finally coming home again, and he is bringing the past with him. No one will be left unmarked: not Tulane’s beautiful and ruthless wife; not his older brother, whose bitterness and bad blood know no bounds; and especially not the ironfisted Bradford patriarch, a man with few morals, fewer scruples, and many, many terrible secrets.

As family tensions—professional and intimately private—ignite, Easterly and all its inhabitants are thrown into the grips of an irrevocable transformation, and only the cunning will survive.

This book was like a really bad soap opera that pulls you in and doesn’t spit you out until the last page. I wouldn’t necessarily call it a romance, though there are definitely romantic elements between Lane and Lizzie. There are varying points of view as there always are in Ward’s book. I didn’t plan on reading this book (I never do plan on reading Ward’s books), but I was helpless to stop myself. Intervention, please! I’m glad I did read it because it did show me another facet to her writing.

Lane Baldwine has no intention of ever returning to the Easterly estate. Having left two years ago after losing the woman he loved, only one thing could bring him back–the woman that raised him. It took no more than three words “Your momma’s sick” for Lane to drop everything and rush back to the home he grew up in, the home he hates. Everything is exactly as it always has been. Betrayal, secrets, and lies. The only thing that has stayed the same is Lizzie Smith, Easterly’s head gardener. Lizzie is the only person that has ever seen Lane as he truly is and that is one of the many reasons that he has never forgotten her.

It doesn’t take Lane long to realize that his family’s billion dollar legacy is in trouble. The bourbon that carries their family name and is known around the world is in jeopardy of going under and Lane is determined to find out why. To do that, he needs his older brother’s help. There is no one that wants to help less than Edward. After getting kidnapped in South America and held for ransom, Edward hates their father with a passion that surpasses a million suns. When Lane comes calling and tells him what’s happening, Edward offers his help for no other reason to bring their father down.

In the meantime, their sister Gin has her own problems. Her father has arranged a marriage to a man that is horrid. Literally the worst character in the book by far. At first she fights in, but then she realizes that to live the life she is accustomed to, she has no choice in the matter. I really lost respect for her when she decided to marry such an asshole, but I respected her for admitting to herself why she did what she did.

Lane and Lizzie in the meantime have rekindled their romance, but they are still in the same boat. Lane is the crown prince of Easterly and Lizzie is the hired help. Where can their relationship go? Not to mention that Lane is in the middle of a messy divorce (yes, he’s married though he hasn’t seen her for two years).

This was definitely more fiction than romance. Good fiction though. Fiction that you’ll want to read. I tried to read it about a year ago when it first came out, but I didn’t give it a fair shot because, well, it was J.R. Ward. I wasn’t going to let her suck me into yet another one of her series. Damned if I didn’t let that happen.