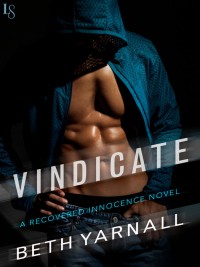 Cora. . . . I got my driver’s license on my sixteenth birthday so I could visit my brother in prison. Five and a half years later, he’s still locked up for a murder he didn’t commit and I’m still trying to find a way to set him free. Then I hear about Nash Security and Investigation, a private detective agency that helped exonerate a wrongfully convicted man after thirty-nine years in prison. The problem? They’ve already taken on the one pro-bono case they’ll accept this year.

Leo. . . . I’m this close to finishing law school—and never working another day at my dad’s P.I. office—when Cora Hollis walks through the door. She’s got a box of files, a handful of leads, and an independent streak a mile wide. She fascinates me and I can’t say no. Suddenly I’m volunteering to help her find a missing witness who could be the key to her brother’s case. But nothing is what it seems and giving in to the attraction between us could be more dangerous than finding the real murderer.

Cora is 21 years old and has spent the last 5 years trying to get her brother out of prison for brutally killing his girlfriend, a crime he didn’t commit. On her way back from visiting him on day she hears about a thing called Project Freedom that got a guy out of prison who had been wrongly incarcerated for 39 years. Cora immediately looks them up and heads to their offices. The head of the office, Ed Nash, is busy but his son, law student Leo Nash, talks him into talking to Cora (because he thinks she’s hot). When they hear the case they are intrigued but can’t really take it. When Ed gets a look at Cora’s notes and investigation so far he’s impressed enough to not turn her away. When Leo offers to work with her on the case it’s a done deal.

Cora is only interested in getting her brother out of prison – not in starting anything with Leo – but he works his charm and she realizes there’s more to him than a pretty face. He’s got brains behind the charm and she’s impressed. As they work the case and get closer to finding the real killer the pair find themselves inseparable. The problem comes when Leo figures out that Cora won’t allow herself to live and love until her brother is free and that may be never.

I really liked both Leo and Cora in this book. I loved the banter between the two as well as the intelligence that they both showed on a regular basis. The common goal of getting Beau Hollis out of prison helped place them together daily but it was their personalities and attraction that took the friendship farther.

I understood Cora’s desire to get her brother out of prison and the fact that it was hard for her to think of a life for herself when he had none. Saying that I was happy to see when she finally pulled her head out of her ass and realized that she was only hurting herself by cutting herself off. I was happy to see that Leo was the one that realized his feelings first and helped her to see the error of her ways. 🙂
This was a different sort of romance for me but a nice blend of romance and suspense. I don’t read too many romantic suspense stories but this was a good one to add to my collection.