Holly: For the past few years, Rowena and I have been sort of bouncing in and out of Romance Twitter and Facebook. We keep up with what’s happening, but only on the peripheral. This year, we’re going to make an effort to stay informed and keep all of you informed, about what’s happening in and around Romancelandia. To that end, here’s a brief recap of some of the major stuff that went down in February.

For those who aren’t familiar, last month a reader contacted romance author Courtney Milan saying she thought Courtney had been plagiarized by author Cristiane Serruya. Serruya initially denied the accusation, then later claimed a ghostwriter she hired had done it. As time went on, more and more passages were found, and it turned out over 34 authors had been “copied” from, including Nora Roberts, Maya Banks, Diana Gabaldon, Tessa Dare and many others. These are not small names in the publishing world.

Here’s the the most recent list CaffeinatedFae put together. 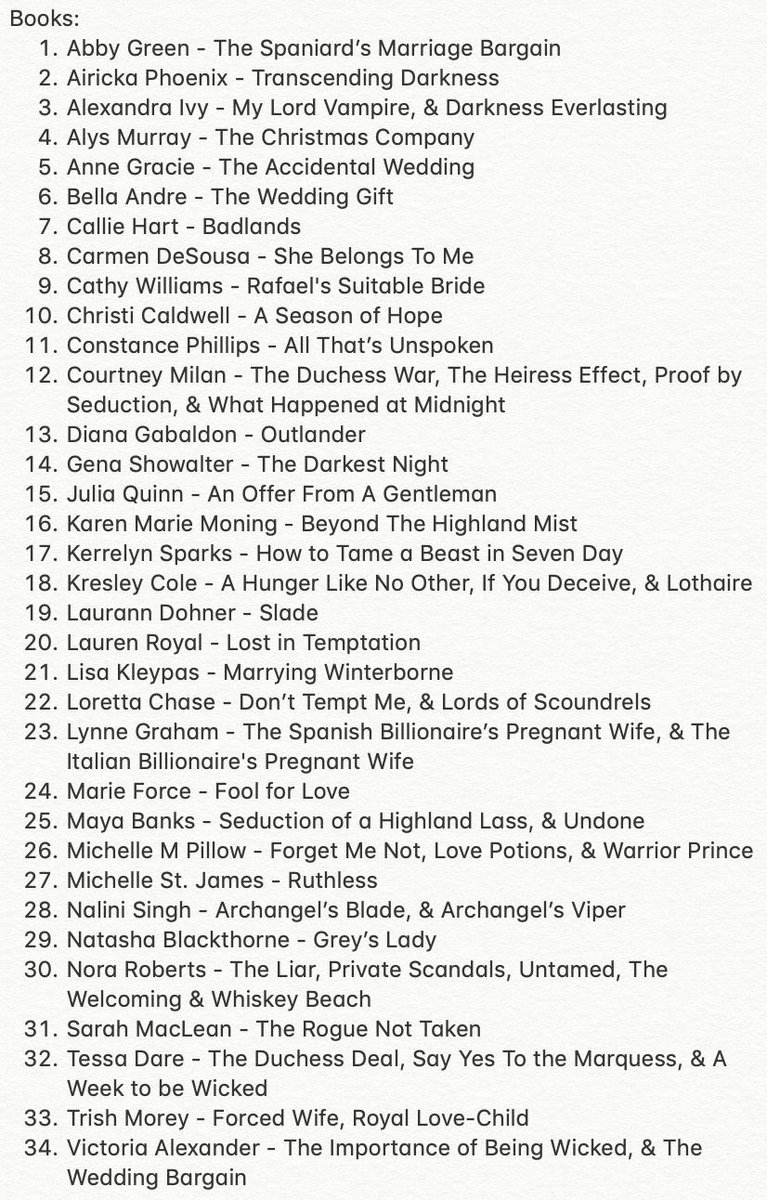 I have to say, Nora Roberts is the Queen of the Smackdown. She’s posted several times about the #CopyPasteCris situation. Her initial post “Plagiarism, Then and Now” really brought out why this is such a personal thing. Since then she’s updated her blog several times as more details come to light.

Which brings us to..

I’m getting one hell of an education on the sick, greedy, opportunistic culture that games Amazon’s absurdly weak system. And everything I learn enrages me.

There are black hat teams, working together, who routinely hire ghosts on the cheap, have them throw books together, push them out–many and fast–to make money, to smother out competition from those self-pubbed writers who do their own work. Those who do their own work can’t possibly keep up with the volume these teams produce by these fraudulent tactics.

They tutor others how to scam the system.

Let me backtrack a minute. Last year, when Faleena Hopkins TM’d the word “Cocky” and created a shitstorm in the publishing community (Read our thoughts on #cockygate here), we learned about “book stuffing”, which is basically writing a short story for KU, but then stuffing a bunch of “bonus” content in the back (usually previously published books from the same series), which upped the pages read, and therefore the amount of money the author made. If you aren’t aware, KU pays per page read by the reader, so a lot of authors scam the system by “book stuffing”.

Now, with the #CopyPasteCris scandal, it’s come to light that more authors are scamming the KU system by doing what Cristiane Serruya did and hiring ghostwriters to help them throw together books to push them out as fast as possible.

Then it came out that authors are also buying and repackaging the same novel under different names/titles.

Shiloh Walker has a great thread up about it.

These people are literally SELLING & RESELLING manuscripts & copyright only to repackage, recover & release as a brand new book under another author’s name (with a shiny, new fake copyright, too). This is deceptive as hell. @AmazonKDP @Amazonhelp has been notified to no avail.

There’s a lot of stuff out there about the whole KU scamming thing and it’s a lot to sift through but here are some posts that went up on it all that you guys can read if you want.

SHILOH WALKER’S HOT TAKES: PART…WHO KNOWS? SO YOU WANT TO KNOW HOW TO SPOT THE SCAMMERS
Dakota Willink’s Thread on KU Scamming

I don’t even know what to say about that. I mean, as a reader I certainly don’t want to be scammed. I don’t want to contribute to the earnings of “authors” who do this. Yikes. But I have no idea how to stop, either, since Amazon makes it so easy for these authors to flourish.

After all of that gloom and doom, how about something that cheered us all up at the end of February? Did you guys check out the #NTROMCOM hashtag? Jennifer from Romance Novel News started up the Name that Romance Novel game on Twitter and it was so much fun. I will admit to not being as good at guessing these books as I thought I would be but it was still a lot of fun to read through the hashtag and make my guesses. I knew a lot but there were a few that stumped me good.

Here are some good ones from the bunch:

Historical. She warmed his feet and sealed her fate. #NTRomNov

I want to play.

Never lie to her. She will know. He's the scariest man you will ever meet and that's before he literally will move your world#NTRomNov

He’s a football player driving through. She’s stranded along the side of the road and dressed in a beaver suit. #NTRomNov

She dumps her football coach boyfriend, buys a house, gets a dog and hooks up with her sexy mechanic ex-brother-in-law #NTRomNov

How did you do? There are so many other guesses to be made in the hashtag on Twitter and it’s a lot of fun to read through and participate in so if you’re in the mood for some great romance novel fun, head on over to Twitter and jump in!

We’ll be back with more hot takes, our thoughts on them and anything else that comes up soon. Have a great day guys!