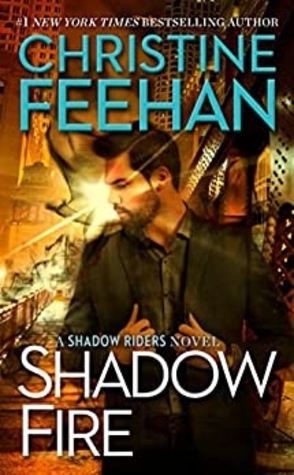 Journey deeper into the world of Chicago’s most dangerous, alluring crime family in this incendiary installment of the Shadow Riders series from #1 New York Times bestselling author Christine Feehan.
Shadow Rider Elie Archambault has been called many things: domineering, brash, loyal, but most of all fast. And there’s nothing faster than choosing to marry a woman you’ve never met. All he has is a signed contract and a list of his new bride’s expectations for their arranged marriage. He’s not expecting love or some happy ever after, just a partner that knows exactly what she signed up for. He’ll be faithful because he’s a man of honor, but she’ll never have his heart....
Elie knows who he is. A privileged member of the Archambault family. A skilled rider and fighter. A man who's always had things easy for all the wrong reasons. He's made his mistakes and lost his chance at real, true passion with his other half thanks to his own careless arrogance. Now he just wants to do his duty as a Shadow Rider and leave the past behind.
But Elie has no idea that his choice is about to spark a blaze that will burn all his carefully laid plans to the ground....

Years after he lost the woman he loved due to his own dickishness, Elie Archambault has decided to enter into an arranged marriage. As a shadow rider, Elie is among the elite. The Archambault family is renouned for their ability to ride the shadows. There are few very people in the world that can match Elie’s speed in the shadows. There are also very few women that can handle his sexual proclivities and his alpha personality. Although he doesn’t plan on falling in love with his future wife, he will respect her and be faithful.

Brielle was heartbreaking. She has gone through so much in her young life. From family that uses her as a servant to Elie, who shattered her heart with his cruel words on that day so long ago. Brielle has not a clue that her intended groom is the man that she has spent years running from. When she sees him at the ceremony, she immediately tries to back out. The only man that she won’t let herself have is Elie. Brielle knows he could break her heart with a few careless words. When it’s apparent that Elie won’t let her back out of the contract, she does the only thing she can. She accepts Elie as her husband, but is determined never to love him.

I think this is it for me. I’m breaking up with Christine Feehan. For real this time. She just has this repetitive storyline in all her books. There’s always a trafficking ring and BDSM involved. Now I can handle both those, but every single time she releases a book (aside from the GhostWalkers), those two things are always involved. Like, come on. Lets get some fresh ideas or fresh something. Brielle was really a kickass heroine. She could take care of herself and the ones that are around her. Elie doesn’t like her being in danger and forbids her from riding the shadows. It was really ridiculous. I understood that Elie wanted to protect her, but the way he went about it was all wrong. He was kind of an asshole. After the last couple of books, I really liked him. His book was a highly anticipated one for me. It’s unfortunate that it was such a letdown.