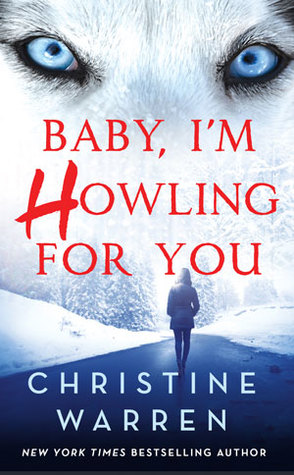 WELCOME TO ALPHAVILLE, where the she-wolves and alpha-males play. . .for keeps.

Renny Landry is a wolf on the run. Pursued by a shapeshifting stalker and his slobbering pack of killer coyotes, she is forced to flee her job as a librarian to find sanctuary in the wooded hills of Alpha, Washington. A well-secluded safe space for troubled shifters, Alpha is Renny’s last hope. But the first person she meets there is a gorgeous alpha male with fiery eyes, fierce tattoos, and one ferocious appetite—for her…

Mick Fischer thought he left his past behind when he moved to Alpha. But fate has a way of biting him in the tail when a female wolf shows up on his property. Wounded, desperate—and disarmingly hot—Renny brings out the snarling, protective alpha beast in Mick like no other woman he’s known. Can these two haunted, hunted wolves manage to mate for life…even as the deadliest past demons howl at their heels?

Renny is on the run from a pack of coyote’s when her car breaks down.  She’s so close to her destination of Alphaville but she ends up having to make a run for it.  She shifts to her wolf and takes off.  She’s almost caught when she is saved by Mick Fischer.  He’s a wolf shifter as well and surprise, surprise, her mate.

Mick Fischer had a mate but she was murdered 8 years previously.  He has no idea why he is still alive as so often mates follow one another into death.  When he meets Renny he knows why he’s still alive – to be with her.  He’s determined to keep this mate safe despite the psycho that’s after her.

Mick and all of Alphaville step into the help Renny with her coyote problem, which she thinks is great but feels guilty about anyway.  She meets lots of new people and gets her dream job – she loves Alphaville!  She just wishes that she could figure out if Mick loves her for her or only because they are destined mates.

This was a cute paranormal romance story.  It was pretty standard stuff but it was cute, none-the-less.

I can’t say that I loved Renny, but I did admire the strength it took her to keep running from the psycho who wanted her for himself. Mick was kind of your stoic, protective mate who wouldn’t let anyone hurt Renny.  I liked the book, but I did wish we’d gotten more romance and less hunting for coyotes.

There were some secondary characters that got my attention in this story, and I’ll be reading more of the Alphaville series just to read about them.