Every once in a long while there comes along a hero that makes you forget all the other heroe’s you’ve read about before.

You know the hero that comes to mind when the author is mentioned. Like, if someone were to say Karen Marie Moning, Dageus MacKeltar instantly comes to my mind, not to mention certain scenes from his book that include plane rides to Scotland, you know what I mean? hehe…Julie Garwood? Yep, I’m thinking of Connor MacAllister and his sexy scottish brogue and stubborn as a mule attitude. It’s just the way things are sometimes.

Well, if you say, Judith McNaught, two names instantly come to my mind. One, I’ve already featured as a Hero of the Month on Sanctuary’s Finest, but the other hero that I can’t get enough of is Mr. Ian Thornton turned Lord Ian Thornton, Marquess of Kensington, heir to the Dukedom of Stanhope from Judith McNaught’s Almost Heaven.

I shall try, very earnestly to tempt you to give his book a go, by listing all of the reasons why I, and so many other women love Mr. Thornton.

When we first meet Mr. Thornton, we see him in a garden, smoking a lil somethin’ somethin’ .

…he was startingly tall, more than six feet with powerful shoulders and long, muscular legs. His thick hair was not blond, but a rich brown-black that looked as if it had a tendency to curl. Instead of wearing the customary bright satin coat and white breeches that the other men wore he was clad in raven black from head to foot, with the exception of his snowy shirt and neckcloth, which were so white they seemed to gleam agains tthe stark black of his jacket and waistcoat. Elizabeth had the uneasy thought that Ian Thornton was like a large, predatory hawk in the midst of a gathering of tame, colorful peacocks. ..White cuffs peeped from beneath his black jacket, and in the bright orange glow of the flame she saw that his hands and face were deeply tanned.

Grace and I had a great conversation last week where we discussed exactly why we loved Ian Thornton and the reasons were plenty. We loved his passion for life and the woman he loved. We loved his devotion to Elizabeth while they were married. We loved the lengths to which he went to save and marry Elizabeth from ruin. We loved his amber eyes and the way he looked at Elizabeth with those very eyes when she had company over and made her blush because she knew what he was thinking about and what they were going to do just as soon as he could get her alone.

Hehe, I’m telling you, Ian Thornton is a fox!

In this scene, Ian is just finding out that the woman Jordan has to go and support at this ball is in fact, Elizabeth.

Ian shook his head and accepted his drink from the footman. “It sounds boring as hell.”

“I don’t think it’ll be boring, precisely. My wise has taken it upon herself to defy the entire ton and sponsor the girl back into the ranks. Based on some of the things Alexandra said i nher note, that will be no mean feat.”

“Why is that?” Ian inquired with more courtesy than interest.

Jordan sighed and leaned his head back, weary from the hours he’d been working for the last several weeks and unexcitd at the prospect of dancing attendance on a damsel in distress–one he’d never set eyes on. “the girl fell into the cluthches of some man two years ago, and an ugly scandal ensued.”

Thinking of Elizabeth and himself, Ian said casually, “That’s not an uncommon occurrence, evidently.”

“From what Alex wrote me, it seems this case is rather extreme.”

“For one thing, there’s every chance the young woman will get the cut direct tonight from half the ton–and that’s the half that will be willing to acknowledge her. Alex has retaliated by calling in the heavy guns–my grandmother, to be exact, and Tony and myself, to a lesser degree. The object is to try to brave it out, but I don’t envy the girl. Unless I miss my guess, she’s going to be flayed alive by the wagging tongues tonight. Whatever the bastard did, “Jordan finished, downing his drink and starting to straighten in his chair, “it was damaging as hell. The girl–has been a social outcast for nearly two years.”

Ian stiffened, his glass arrested partway to his mouth, his sharpened gaze on Jordan, who was already starting to rise. “Who’s the girl?” he demanded tautly.

“Oh, CHRIST!” Ian exploded, surging out of his chair and snatching up his evening jacket. “Where are they?”

“Because,” Ian bit out, impatiently shrugging into his jacket and tugging the frilled cuffs of his shirt into place, “I’m the bastard who did it.”

An indescribable expression flashed across the Duke of Hawthorne’s face as he too, pulled on his evening jacket, “You are the man Alexandra described in her note as an unspeakable cad, vile libertine, and ‘despoiler of innocents?”

“I’m all that and more,” Ian replied grimly…

Goodness, the urgency Ian showed when trying to make things right with Elizabeth was just about the sweetest thing since sliced bread. I loved the way he barged right into that ball and spinned stories to confuse everyone so that he could win Elizabeth’s hand in marriage with her reputation in tact.

So effing sweet, I tell you. Just like this scene…

Behind her, where Tony had been standing, shadows moved, then a hand gently grasped Elizabeth’s elbow, and a deep, husky voice said near her ear, “Dance with me, Elizabeth.”

Shock stiffened her body, slamming against the barricade of numbness that Elizabeth was trying to keep intact. STill gazing straight ahead, she said very calmly and politely, “Would you do me a great service?”

“Anything,” He amended with a solemn smile in his voice, “but that.”

She felt him move closer behind her, and the nerves quaking she’d conquered hours before jarred through her again, awakening senses from their blissfuul anesthesia. His fingers lightly caressed her arm, and he bent his head closer to her. “Dance with me.”

I’m telling you, if you don’t like Ian by now, you’ll love him by the end of my little teasing glimpses into Ian’s book. This next scene is a scene that warmed my heart, it’s at the same ball where he’s trying to make things up to Elizabeth….read on dear readers…

“Come inside with me,” he urged, increasing the pressure on her elbow, “and I’ll begin making it up to you.”

You can see just how determined Ian was to put Elizabeth’s reputation back to rights with how hard he worked to spread tales throughout the ball at how wrong everyone had it back then and this is definitely a man you want loving you because what woman doesn’t love when their man gets all pissed and dangerous when someone dares to smear your name around a party you’re attending?

And what woman doesn’t love a man who can turn your words back on you and make you cry buckets at just how awesomely romantic he is? Like in this scene?

“If you would take one step forward, darling, you could cry in my arms. And while you do, I’ll tell you how sorry I am for everything I’ve done–” Unable to wait, Ian caught her, pulling her tightly against him. “And when I’m finished,” he whispered hoarsely as she wrapped her arms around him and wept brokenly, “you can help me find a way to forgive myself.”

This book is fantastic and Ian Thornton, the man of the book is even better…I could count the ways that I love this man, but you have to see for yourself and all these reasons are why Ian Thornton is Book Binge’s Mr. May. 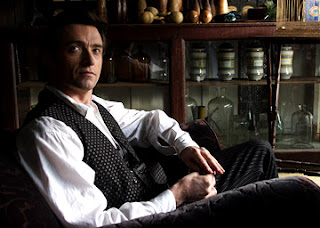 10 responses to “Mr. May: Ian Thornton, Marquess of Kensington.”