Today we have romance author (and a Book Binge favorite), Tammara Webber, here to share her list of five. She’s possibly the first of our guests to actually stick to the 5 books rule…no cheating for our girl. 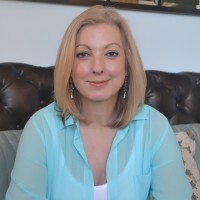 Books produce such incredibly subjective responses from individual readers, and even the same reader could have a different response depending on age, education, personal experiences and/or mood at the time. (I remember reading Silas Marner in high school—sort of. I read it again in my late twenties and cried.) I narrowed my five to romance since that’s what I write, and then narrowed it to books that affected me personally as a reader and a writer. I came to romance writing through reading historical romance (teens and twenties), through romantic classics and women’s fiction (twenties and thirties), and ended at young adult—which in many ways I’ve never really left. So here goes! 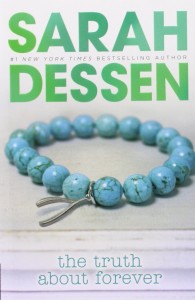 The Truth About Forever (Sarah Dessen) ~

I think every author can point to The Book That Made Her Decide to Write. Not necessarily the book that planted the desire to write, or the one that encouraged her to try writing non-novel things like short stories or poems or memoir-type journal entries. That one comes along much earlier, or at least it did for me. I mean the book that speaks to her own writer’s voice and whispers, If you work very hard, you could write something like THIS. For me, that book was The Truth About Forever by Young Adult icon Sarah Dessen. This story takes two people mired in the painful, guilt-ridden baggage they’ve each dragged forward from their pasts and allows them to slowly find the way they fit together—the way they heal each other. It’s a beautiful love story layered over the painful process we call coming of age. I will never forget the lovely, deeply satisfied feeling I had when I closed this book. 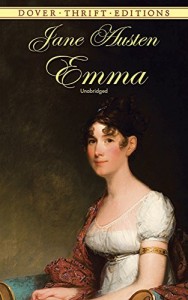 When her former governess finds happiness as the bride of a local widower, the brilliant and beautiful Emma Woodhouse — one of Jane Austen’s immortal creations — flatters herself that she alone has secured the marriage and that she possesses a special talent for bringing lovers together. The young heiress next busies herself with finding a suitable husband for her friend and protégé, Harriet Smith, setting off an entertaining sequence of comic mishaps and misunderstanding in this sparkling comedy of English-village romance. Beneath its considerable wit, the novel is also the story of a young woman’s progress toward self-understanding.

If you’re at all familiar with Jane Austen, you know Pride and Prejudice. I’ve read all of Austen’s novels, and I admit that it’s my favorite. But Emma is the one I’m adding to this list, because Emma Woodhouse is the heroine who grows exponentially in the course of an Austen novel. Where Elizabeth Bennet wakes up to the reality of her own biases but is in many ways the same strong woman start to finish, Emma is the daughter of a wealthy landowner who believes she can do no wrong. She’s young, rich, and spoiled like she invented the word. Though she isn’t purposefully mean-spirited, her failure is in manipulating others as if they are chess pieces, all in the name of “helping” them to be better people or make superior matches when her true motive for doing all that manipulation is because it amuses her. This is where her growth and development must occur, and watching her smack into her deserved comeuppance and the near-loss of someone she’d been too preoccupied with match-making to realize she has loved all along is as gratifying as it is painful. 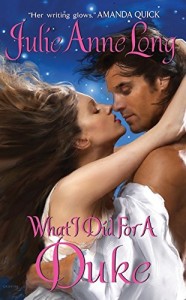 What I Did For A Duke (Julie Anne Long) ~

For years, he’s been an object of fear, fascination . . . and fantasy. But of all the wicked rumors that shadow the formidable Alexander Moncrieffe, Duke of Falconbridge, the ton knows one thing for certain: only fools dare cross him. And when Ian Eversea does just that, Moncrieffe knows the perfect revenge: he’ll seduce Ian’s innocent sister, Genevieve—the only Eversea as yet untouched by scandal. First he’ll capture her heart . . . and then he’ll break it.

But everything about Genevieve is unexpected: the passion simmering beneath her cool control, the sharp wit tempered by gentleness . . . And though Genevieve has heard the whispers about the duke’s dark past, and knows she trifles with him at her peril, one incendiary kiss tempts her deeper into a world of extraordinary sensuality. Until Genevieve is faced with a fateful choice . . . is there anythingshe won’t do for a duke?

Historical romance was the first genre of romance I read—handed to me by my best friend in tenth grade (Fabio-cover conveniently ripped off so my lie-like-a-rug, “It’s for school!” answer to Mom would succeed). I was a sheltered kid and had no idea such books existed. By the time I was twenty, I had a full-blown addiction and soon figured out my find my favorite type of romance: one that was as sexy, sensual, and romantic as it was thigh-slapping hilarious. This more recent contribution—a story of revenge turned on its head by unforeseen passion—is definitely one of those. I went from laughing out loud to my husband saying, “Good part?” (I have one of those faces during the hot stuff, apparently) to tearing up from the utter sweetness, and back again. I don’t venture into historicals often anymore, but the Pennyroyal Green series is my exception, and What I Did For a Duke (published 2011) is my to-date favorite of the bunch. 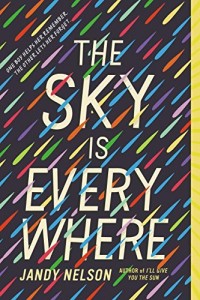 The Sky is Everywhere (Jandy Nelson) ~

Adrift after her sister Bailey’s sudden death, Lennie finds herself torn between quiet, seductive Toby—Bailey’s boyfriend who shares her grief—and Joe, the new boy in town who bursts with life and musical genius. Each offers Lennie something she desperately needs… though she knows if the two of them collide her whole world will explode.

Join Lennie on this heartbreaking and hilarious journey of profound sorrow and mad love, as she makes colossal mistakes and colossal discoveries, as she traipses through band rooms and forest bedrooms and ultimately right into your heart.

As much a celebration of love as a poignant portrait of loss, Lennie’s struggle to sort her own melody out of the noise around her is always honest, often uproarious, and absolutely unforgettable.

This book made me laugh out loud and cry, often at the same time. I lost my little brother to AIDS a few years ago. There’s something about losing your only sibling that leaves you feeling cleaved in two. If you were close—as Lennie and her sister Bailey were (the story opens just after her death)—you will never be the same and you know it. I can’t imagine dealing with the pain and confusion of that loss so young. This character, like Emma, is one who constantly makes mistakes the reader can see coming a mile away: refusing to move a single item of Bailey’s belongings in the room they shared… getting emotionally entangled with her sister’s grief-stricken boyfriend… taking for granted the one new relationship that offers her acceptance and healing. (As we all know, characters don’t listen when we yell at them!) I reread this one as part of my homework for this post. It’s been five years, but I love it still. 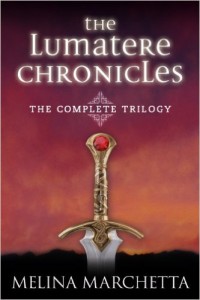 Critically acclaimed and universally beloved, the Lumatere Chronicles – consisting of Finnikin of the Rock, Froi of the Exiles, and Quintana of Charyn – is now available in its entirety in this e-book collection! Discover the fantasy trilogy that reviewers have called “thrilling, romantic, and utterly unforgettable” and that School Library Journal recommended for “fans of the intricate fantasies of Megan Whalen Turner or George R. R. Martin.”

I’m cheating! This is a trilogy. If you’ve never read fantasy, this is your chance to read one from Australia’s foremost contemporary young adult literature, Melina Marchetta (known best for Jellicoe Road). I’ve enjoyed many series, but I chose this for Everyone for several reasons. First, there is no weak book—all three are equally strong, contained stories of their own. Each focuses on a different character or couple (so you can try the first one and stop there, if you desire), but they’re tightly interwoven, so you will learn more about each character as you progress through the series. Literary fantasy, with its world building and maps and invented politics, usually doesn’t appeal to me, but Marchetta has a way of making it accessible—and then there’s the romance. GAH. So good. Her writing is gorgeous and evocative, and the slow climb of the astounding story arc from the first book (Finnikin of the Rock) to the last is AHHMAZING.

4 responses to “Five Books Everyone Should Read: Author Tammara Webber”