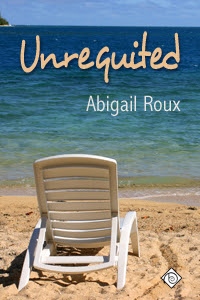 Vic Bronsen has a problem. He’s stuck in a rut, uninspired by his job, and in love with a man who has no clue. Thinking a change of scenery and company will do his aching heart some good, he goes off on a road trip with his best friend, only to find that the answers to his problems may have been right there in front of him all along.
Vic has been in a “relationship” with Owen for 5 years. He’s in love with Owen but he’s never tried to take their relationship to a deeper level. Owen acts very casual and Vic allows this – loving him from afar…at least emotionally.
Shane is Vic’s best friend. They have a great time together so when Shane talks Vic into taking a month off to just drink and hang, Vic’s all for it. They head off down the coast of North Carolina, hit some tourist spots and then head to Shane’s cottage on the beach where they drink and sunbathe and just relax. Vic is determined that he will forget about his feelings for Owen for good and strangely enough he thinks of Owen less and less.
When Shane initiates a kiss with Vic, Vic is shocked. For being best friends they had never talked about Shane’s sexual orientation. Was he gay? Vic didn’t have a clue. What he did know is that when he and Shane locked lips it was amazing; explosive and wonderful. Their physical relationship moves on to the next level and Vic enjoys the closeness he feels with Shane. The things that he thought were missing in his relationship with Owen he was getting from Shane. But when Owen shows up at the cottage what will happen with Shane and Vic?
I liked this book on the whole. It was a light, entertaining read but it just seemed like it was just the crust and we didn’t get to see the whole pie, if you know what I mean. The book was told in the 3rd person but we never got to see into Shane or Owen’s thoughts. That was a little frustrating for me as well as the fact that none of the men seemed to want to talk to each other until the end of the book. I know they’re men, but come on! lol They gotta talk some time, right? Right? Or am I delusional? heh. Maybe. Anyway, it would have been nice to see some inside thoughts from the two men that Vic was having relationships with or even some conversation.
I thought the ending was sweet – I won’t give away what happens – but again, issues/emotions were skimmed over. I guess I just wanted a little more substance or, again, a little more emotion showed.
Rating: 3.5 out of 5