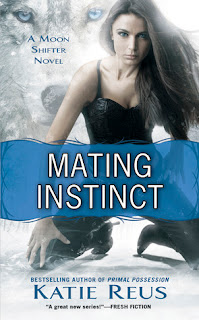 Surviving for centuries, powerful lupine shifter Jayce Kazan managed to stay away from humans until he met Kat Saburova and was consumed by the need to protect her. But while Jayce shared his passion with the human seer, he refused to make her his bondmate—a refusal that caused the end of their relationship.

A year later, an attack that left Kat near death has resulted in another lupine shifter turning her. Furious that he wasn’t the one to save her, Jayce is determined to show Kat that he is the one she should rely on. But the newly turned shifter is still traumatized and worried that she’ll hurt those she loves, unless she can learn to control her inner wolf.

And as Jayce struggles to protect Kat from her own worst instincts and convince her to rekindle their love, the extremists who almost killed her are looking to finish the job…

This book continues the story of Kat and Jayce that we read about in previous books. Kat and Jayce were once dating but as much as Kat loved him, Jayce told her that he couldn’t change her to a shifter because she would die. Well, when she was kidnapped in the previous book and about to die she was changed into a shifter and now she’s more than pissed at Jayce…but she still loves him.

Jayce is the Shifter Council Enforcer and is in Fontana to deal with a rumor about vampire blood trafficking. He is so happy to be around Kat once again because it about ripped his heart out when she left him almost a year ago. He wants nothing more than to get her back – because she is his mate – and he loves her. Unfortunately Kat is stubborn and gives him a run for his money.

This was a solid shifter/paranormal romance. It has all the elements that I like in a shifter book – love, loyalty, possessive alpha (lol) and a heroine that’s not afraid to stand up to him.

In this story Jayce is one badass M*ther F*cker, lemme tell you. His speed, as well as many other awesome traits, makes him almost impossible to defeat, except in love. He is head over heels for Kat and when she left him he had a hard time going on. Of course he dug his own grave on that one but he learned his lesson.

The romance between the two, the vamp blood story, the killings being blamed on shifters – all of it created a really good story and a nice addition to the series. 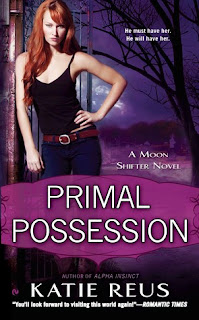 To protect her, he will unleash the beast within…

As his pack’s second-in-command, lupine shifter Liam Armstrong gives orders and takes what he wants—until he meets red-headed, blue-eyed December McIntyre. Liam knows the human beauty is his intended mate the moment he sees her, but December is far too strong-willed to accept his protection.

December, whose brother is the town sheriff, has every reason to mistrust shifters after one killed her youngest sibling. But the forceful and handsome Liam has gotten under her skin in a way she hadn’t thought possible, and the desire she feels for him is almost too much to bear.

When a radical hate group targets all humans known to sympathize with paranormal beings, December is attacked in her bookstore. Reluctantly, she turns to the only one who can help her: Liam. And he is going to take her to places within herself she never knew existed.

Liam Armstrong is second in command in his shifter pack but his pack duties have been falling by the wayside a bit as he’s been trying to court his mate who is a human. December McIntyre really likes Liam but she has some issues that don’t have to do with Liam personally, more like the fact that he’s a shifter. One of her brothers had been killed by a shifter and her other brother is dead set against December having anything to do with Liam as a couple.

Liam is not only trying to court December but he’s trying to keep her safe. The Antiparanormal League has been trying to kidnap women to try and get their shifter “boyfriends” to come and get them so that they can then kill the shifters. December was almost abducted among other recent incidences and Liam isn’t taking any chances that someone will harm her.

This story is mainly about December and Liam, their life and their romance but there is a fair amount of relationship between December’s friend Kat and her ex-boyfriend, shifter enforce, Jayce. I’m pretty sure we’ll get their story next and frankly I’m anxious to see what happens.

With regard to December and Liam…I liked that there was a fair share but not a ton of angst in their relationship. She had her doubts about their future but didn’t fight it too hard. Now Liam had a few issues near the end of the book and that caused some problems but overall I liked the fact that the romance was all fighting as in some books.

The story arc is following the APL and how they are trying to kill all the paranormal beings in existence as they think they are abominations and need to be destroyed before they take over the world. Paranoid much? They are vicious and kill indiscriminately. The local head of the APL is a complete ass and treats everyone around him like their idiots. The shifter pack is trying to figure out who that guy answers to because he does have a boss (as they found out due to a Fae mole). I like how Reus has given us a good suspense portion in this shifter romance because she’s so very good at it. It makes me want to find out what happens next and I’m just too impatient! I also like how the shifters take the APL seriously even though they scoff at their name – it’s a nice bit of humor.

Overall a good story that I enjoyed reading.