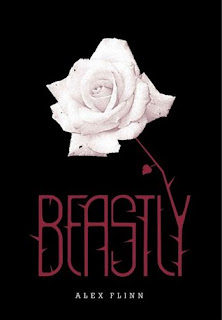 A beast. Not quite wolf or gorilla or dog, but a horrible new creature with fangs, claws, and hair springing from every pore. I am a walking monster.
You think I’m talking fairy tales? No way. The place is new york city. The time is now. And I’ll stay this way forever —unless I can break the spell.

In this breathtaking re-telling of the classic story Beauty and the Beast, Kyle Kingsbury is our beast. He thinks he has it all. But his perspective is soon turned when he meets the witch of his dreams- and nightmares. Because of his own insolence, Kendra, the witch, cursed him with his true form. But, there is no penance with out a reprieve. To return to normal, a girl had to to fall in love with him, and he with her. . . . Oh, right, she also had to kiss him. Sound familiar? Just wait until you find out who our modest beauty is going to be. . .

I liked this book because of its similarities to one of my favorite childhood stories, but also for its individual style and tone. Not to mention that it’s from the point of view of our beast. This is a pleaser for all young adult lovers. I hope you can love it just as well as I do. This is the first of Alex Flinn’s books I’ve read, and my first impression of her is someone well devoted to her career, and someone with a confident, easy-to-read writing style. This book is a winner. . . . Happy reading!

This book is available from HarperTeen. You can buy it here or here in ebook format.