From all of us here at Book Binge, we wish you all the happiest of Halloweens and we hope that you have a fun but safe night out there turning tricks and getting treats. 🙂 Hahaha, you know what I mean. May your costumes slay and the candy calories not count. TONIGHT, SHE PLANS TO LET GO.

Dressed up and anonymous, Sadie Liberato feels powerful, sexy and free. Where better to lose herself than a masked party?

Gear Blackstone's cheating ex and scheming best friend have managed to spin his life into a serious downward spiral. At least with a mask on he can cut loose for one night. And cut loose he does-with the sexiest, snarkiest chick he's ever met.

After a scorching-hot encounter, Sadie and Gear are desperate to find each other in real life. But can the heat last when the masks come off?

Gear Blackstone started his own motorcycle business with his best friend.  It turned into a reality TV show and all was well until his fiancé and best friend slept together then trashed Gear on national TV.  They cut him off the show and out of the business he’s worked so hard for.  It’s been two months and Gear is a bit lost as to what he wants to do now.

Sadie is co-owner of Sofa’s Baker with her brother and sister.  She loves her work but other than that she really has no life.  She’s once caught Gear’s reality show briefly and wasn’t impressed with it or him.

Sadie’s at a Halloween party when she meets a guy dressed as a devil.  They hit it off and end up having sex behind some plants.  Bold or stupid?  I can’t decide.  Anyway, Gear figures out who Sadie is and heads to her bakery to see if he can get her on a date.  Sadie loved her recklessness at the party but she’s not interested in a relationship and is a bit put out when she finds out it was Gear she had sex with.  Despite her misgivings about Gear she ends up having sex regularly with the man.  She finds herself getting closer to him and she’s not sure she’s ok with that.  She’s been hurt in the past and isn’t interested in getting hurt again.

This was a really cute book.  I loved Sadie and Gear because they were so upfront about things. When Gear was irritating her she told him so.  When she wanted to have sex, she told him so.  No beating around the bush with either of them.  Some would say it was crass and too blunt but I found it refreshing.  Yes, Sadie hid her feelings for Gear for short time but everything was soon out in the open.

As I said, Sadie was a straight-shooter – well, Gear was as well.  He’d been so hurt by his best friend and fiancé – although he knew he didn’t love the fiancé so he wasn’t too torn up about it.  It was mostly his best friend.  Not only did they screw him over but then they liked about it to make it look like Gear was the bad guy and had cheated on his fiancé first.  I wanted to grab them both through the book and slap them silly.  It was just so hurtful.  Gear managed to get through this all with Sadie’s help an I was happy when he finally went after what he wanted professionally and gave his old friends the finger.

Overall a fun book that I really enjoyed.  If you want a sweet romance this isn’t the book for you.  IF you like gritty characters that are upfront and plain talking then pick this one up. 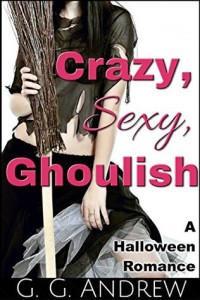 A zombie. A vampire. A witch. Nora Travers is none of these things.

But the reformed mean girl has to hide behind costumes all Halloween week if she wants to scare the pants off Brendan, the horror geek with the power to earn her a Halloween bonus.

Because Brendan is the nerd Nora used to torment in middle school. But now he’s in college and so scary hot, even her zombie heart starts beating.

And the way he’s looking at her bloody fishnet stockings? [Shiver.]

Nora has to be everything she’s not this Halloween so she can hide her true self and terrify Brendan. Not to mention protect her heart.

Because what happens when he realizes she’s a monster behind the mask?

Nora Travers, when she was in Jr. High school, was a mean girl. She had her reasons but that didn’t make what she did ok. She hurt people and those people have long memories.

One of those people, Brendan Forrester, is the creator of popular horror website, HorrorMonger. He goes to different haunted houses in the Halloween season and then rates them on his site. The haunted house that Nora works at wants to be top on that list and if they are then the owner of the haunted house will give the workers a cash bonus. Nora wants that bonus to help pay for college but she’s more than nervous to see Brendan again for fear he’ll recognize her even through her costume.

Nora isn’t expecting Brendan aka The Creeper (the name she called him in Jr. High school) to be so incredibly hot. She almost blows it as a haunting character when she sees him as she can’t believe how gorgeous he is. She makes an impression however and when she gets home she ends up DMing him on Twitter. They start talking via text and find that they have a ton in common. As the days go by they become closer but every time Brendan shows up at the haunted house to see Nora she puts on a different character to hide herself from Brendan. When the truth comes out and Brendan finds out exactly who his mystery woman is, will he look beyond the mask or only remember who she once was?

I found this to be a great little Halloween romance. It had all the wonderful elements of Halloween stories that I like – costumes, mystery and an added bonus of the haunted house – but it also had a sweet little romance.

Though I found the flashbacks of how Nora taunted and bullied two particular kids when she was in Jr. High to be sad, I could also tell how much Nora had grown and changed over the years. I was really pulling for Brendan and Nora to stay together even after Brendan discovered her identity. I liked how the author showed us how Nora had grown and how she came to be who she was today.

The exchanges between Nora and Brendan were sweet and I loved seeing the connection between the two of them. The end was also quite touching and even though we really on got a HFN I had no doubt it would end up as a HEA.

If you like Halloweens stories this one is definitely one you won’t want to miss. 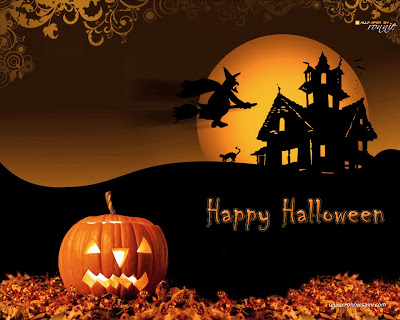 I hope you and your children (if you’ve got em) have a wonderful and safe Halloween! 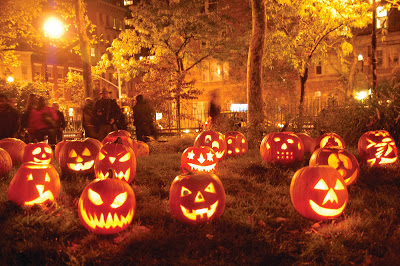 One of my favorite types of books – especially in October – are Halloween romance stories.  If there’s a costume party involved?  I love that even more.  Unfortunately it seems that there aren’t all that many around lately that are actually worth reading!  I find it harder and harder to find good stories – whether they’re short, novella length or full length novels. 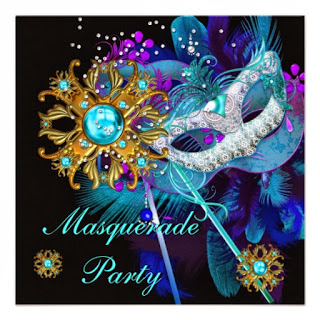 Do you have any you can recommend?  If you’ve read any recently, or even in the past, please give me your contemporary, paranormal or historical recommendations!