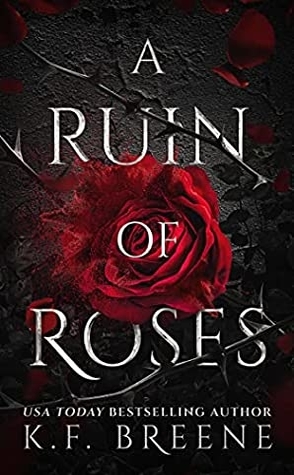 A spicy new twist on an old classic - a deliciously dark Beauty and the Beast reimagining.
I could save him, but he would ruin me.
The beast.The creature that stalks the forbidden wood.The dragon prince.
He has suffered a fate worse than death. We all have. A curse put upon us by the mad king.
We are a kingdom locked in time. Shifters unable to feel our animals. Stuck here by a deal between the late king and a demon who seeks our destruction.
The only one keeping this kingdom alive is Nyfain, the golden prince to a stolen throne. The last dragon shifter.
He’s our hope.He’s my nightmare.
When he catches me trespassing in the forbidden wood, he doesn’t punish me with death, as he’s entitled.
He takes me, instead. Forces me back to the castle as his prisoner. Seeks to use me.
Apparently, I can save him. I can save the whole forgotten kingdom, locked away by the demon king’s power.
But it would mean taming the monster beneath his skin. It would mean giving myself to him.
It would mean my ruin.
_ _ _ _ _ _
This is a dark and sexy Beauty and the Beast retelling, featuring a strong heroine, a dangerous anti-hero, and a humorous supporting cast. It is a full-length novel at 80k words and suitable for 18+. This is the beginning of a trilogy and ends on a cliffhanger. Buckle up. The author was let off her leash.

I’m a total sucker for Beauty and the Beast retellings, and I enjoy KF Breene’s novels, so this seemed like a win/win. This is a fairytale set in a remote village without modern conveniences, so I was surprised at the modern way the female MC talked. That pulled me out of the story at first, though I quickly got used to it. The other thing that surprised me was how erotic this book was, though I suppose it shouldn’t have since it’s labeled as a “dark” fairytale. It just seemed to come out of nowhere. One minute she was being adducted by The Beast and the next she was standing in the middle of a wild medieval sex-club(ish thing).

All that aside, I enjoyed the story. Finely was a good heroine and I enjoyed the way she challenged Nyfain. I also liked the secondary characters and found myself laughing at some of the internal dialogue between her and her inner beast. It was kind of slow in the middle. I did not love that this ended on a cliffhanger. I know I should have expected it since 1) that’s how KF Breene rolls and 2) it’s right there in the blurb (which I didn’t read until after I finished the book, for the record), but I thought this was going to be a new fairytale for each book. My mistake. I’m probably going to wait until the full trilogy is out to continue.