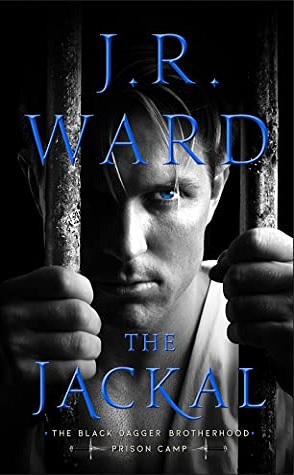 The #1 New York Times bestselling author of The Sinner brings another hot adventure of true love and ultimate sacrifice in the Black Dagger Brotherhood world.
The location of the glymera’s notorious prison camp was lost after the raids. When a freak accident provides Nyx clues to where her sister may still be doing time, she becomes determined to find the secret subterranean labyrinth. Embarking on a journey under the earth, she learns a terrible truth—and meets a male who changes everything forever.
The Jackal has been in the camp for so long he cannot recall anything of the freedom he once knew. Trapped by circumstances out of his control, he helps Nyx because he cannot help himself. After she discovers what happened to her sister, getting her back out becomes a deadly mission for them both.
United by a passion they can’t deny, they work together on an escape plan for Nyx—even though their destiny is to be forever apart. And as the Black Dagger Brotherhood is called upon for help, and Rhage discovers he has a half-brother who’s falsely imprisoned, a devious warden plots the deaths of them all…even the Brothers.

I have a love/hate relationship with the Black Dagger Brotherhood series. I hate to love it and I love to hate it. And I just love it period. The world has always engrossed me and continues to do so even after all these years. I picked this one up when I couldn’t decide what to read. As always, I was pulled into this amazing world that JRW has created.

Nyx is looking for her sister whom she believes was wrongly convicted of murder. When a chance encounter with a vampire leads Nyx to the infamous glymera’s prison camp, she knows that she has to find her sister. She doesn’t know what to expect or even what her plan is, but she knows that she has to try to save her. She realizes at once that it’s a far deadlier that she thought it would be. After accidentally killing one of the prison camps guards, she finds herself face-to-face with the vampire they call The Jackal.

The Jackal has been in the prison camp for hundreds of years for a crime that he did not commit. While he is a prisoner, he’s not like other prisoners. “Command” as he calls it is the warden of the prison. Nothing happens or goes on that Command doesn’t know about. This book had a lot of action and seemed to never stop. Which makes sense considering that it’s a freaking prison.

To be honest, Nyx was stupid af. A true TSTL heroine. She had no plan when she went in. Like, none. Not one glimmer of what she would do when she arrived, let alone how she would find her sister. The Jackal was a great character though I really wondered what he saw in Nyx. I had a hard time seeing past her stupidity. She did get better toward the end, but it was too little, too late for me. I only finished reading it because I really liked The Jackal. Rhage was also prominent in this book & I enjoyed reading his memories of the past.

As per usual, the “secret” in the book smacked me right in the face at the time it was revealed. I had no idea that it was coming, but it really worked out in the end. Additionally, I will be reading the rest of the series because it’s very compelling.