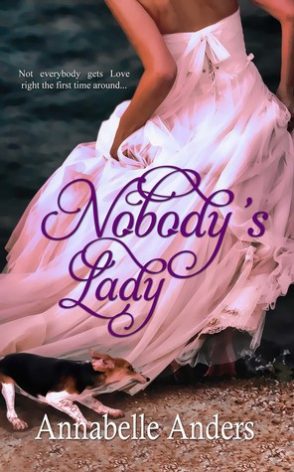 Dukes don’t need help, or do they?

Michael Redmond, the Duke of Cortland, needs to be in London—most expeditiously—but a band of highway robbers have thwarted his plans. Purse-pinched, coachless, and mired in mud, he stumbles on Lilly Beauchamp, the woman who betrayed him years ago.

Ladies can’t be heroes, or can they?

Michael was her first love, her first lover, but he abandoned her when she needed him most. She’d trusted him, and then he failed to meet with her father as promised. A widowed stepmother now, Lilly loves her country and will do her part for the Good of England—even if that means aiding this hobbled and pathetic duke.

They lost their chance at love, or did they?

A betrothal, a scandal, and a kidnapping stand between them now. Can honor emerge from the ashes of their love?

Michael, the Duke of Cortland, is set upon by highwaymen while on his way to London.  He and his coachman and outriders set out, barefoot, for the nearest inn but that takes most of the day.  When they finally arrive at an inn, they are soaked from the rain and covered in mud.  Of course the innkeeper doesn’t believe Michael’s a duke, but a voice from Michael’s past pipes up and vouches for him.  The voice belongs to Lilly Bridge, the woman he fell in love with and the woman who left him to marry another man.  He tells himself he’s over her but he’s not sure that’s true.  He’s engaged to another woman, however, and despite what his deep-down feelings for Lilly are, he can do nothing about them.

Lilly hasn’t had a great life since leaving Michael at the house party.  She felt betrayed by him and felt that he didn’t truly love her – he just abandoned her after they had made love!  Lilly had spent years married to Baron Beauchamp – her dead sister’s widower – and he’d made her life miserable.  Now he’s dead and Lilly is trying to secure a good match for her niece/step-daughter, Glenda.  They are on their way to London for the Season when they run into Michael.  Lilly never got over the man but when she finds out he’s engaged she determines that she’ll stay as far away from him as she can.  Things don’t always work as planned.

Lilly and Michel, despite the extended separation, never stopped being in love.  Now Michael is trying to do the honorable thing by keeping his promise to marry Lady Natalie but he wants no one but Lilly.  Lilly just wants to be free from the pain of her life and figures once she marries Glenda off she’ll get a small cottage and live in peace, on her own terms.  Of course life has its ups and downs and, as Lilly knows, life doesn’t always work out the way you plan it.

This was a sweet story that I enjoyed reading.  I loved reading about Michael and Lilly when they were younger. For about half of the book it has alternating chapters in the present and the past.  This did get a little old but once the whole past story was out the book stayed firmly in the present.

Both Lilly and Michael felt betrayed by the other but neither had the full story about what happened.  Michael had a very good reason for not contacting Lilly but I also understood Lilly capitulating to her father as he insisted that she be well taken care of.  He was dying and wanted her secure – too bad he didn’t know what a bastard Baron Beauchamp would be to his daughter.

While I loved reading this story and about how much Michael and Lilly loved each other, there were times when their declarations of love got a little too cheesy for my liking.  It was heart-warming, but I found myself laughing as well when it got to be a bit too much. When the “villain” in the book does something near the end of the story it was a little over the top and contrived.  The villain had been mostly silent during the book so for him to make the move he did made me roll my eyes a little.

Overall it was a nice historical romance.