The most unexpected of all allies to Poseidon's warriors has proven to be the fiercest-Daniel, a vampire and Night Guild mage. But even the strongest alliance can be destroyed when a vampire's oath crosses paths with a maiden's quest, and an eleven-thousand-year-old desire is reborn.

Ready to face the dawn and die after 11,000 years as a vampire, Daniel walks into the Reflecting Pool on the Washington Mall and ends up in Atlantis, at the mercy of Serai, a long-dead warrior princess he could never forget.

Yet Serai is not dead. Centuries earlier she and several others had been magically put into suspended animation to ensure the continuation of the Atlanteans. But the magical jewel that keeps them safe has been stolen, and, now awake, Serai must find it to save the other sleeping women.

Together, Daniel and Serai search for the stone and renew their relationship, stalked by an evil that isn't about to let them succeed.

Daniel was just a blacksmith’s apprentice in Atlantis when he met the beautiful Serai. It was love at first sight and they longed to be together. Unfortunately many things happened to keep them apart. Atlantis was attacked, Daniel turned into a vampire, Atlantis submerged into the ocean and Serai put into stasis to one day be awoken to marry High Prince Conlan.

Eleven thousand years have passed since that time. Daniel is ready to face the dawn and end it all when he finds himself not only alive but in Atlantis and facing the women he thought long dead. He is mesmerized once again and eager to help her with whatever she needs.

Serai broke out of the stasis but she doesn’t want to be put in and knows she must get out of Atlantis immediately. She was told that Daniel died all those years ago and when he appears before her she’s shocked. They fight together to find a gem from Poseidon’s trident, the Emporer, and try to save the other women in stasis.

This is book 7 in this series and my least favorite of the bunch. While it was an interesting story to a point and continued the overall story arc that will be concluded in future books, it just lacked that extra something that made it captivating. The story was good but I found myself kind of well, bored at points.

I really liked Daniel and of course Serai was a strong female character but they were a bit melodramatic for me. Yes, I know that they’d been apart and thought the other dead – I would probably be very vocal about my feelings too if that happened…but it just didn’t have a truly realistic feel to me.

While the story was good and had a bit of an extra romance with the vampire Nicholas and the witch Ivy it unfortunately just fell a bit short from the other books in the series.

I thought we could kick off the month of December Sunday Spotlights with a good old fashioned Christmas romance brought to you by some of my favorite Atlantians. Alyssa Day writes fantastic paranormal romance. I first got into her series back when it was first published in 2007. I’ve been hooked ever since. I really love reading how different authors have different takes on Atlantis. It’s fascinating. 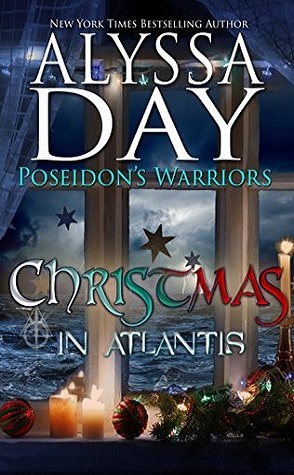 The Gift of the Magi…in Atlantis

Warrior-turned-pirate Dare is the black sheep of all Atlantis. He enraged Poseidon, the sea god, so much that Dare had to forfeit his ship and the water spirit who inhabits it. For Dare, being denied the ocean is worse than death…until he comes home to a woman who drowns him in waves of hunger more powerful than the sea. But black sheep and scoundrels can never deserve love, even during the magic of the first Christmas in Atlantis.

An artist who sees the world through song…

After the accident that killed her parents and blinded her, Lyric discovered she had a special gift—that of song sight. She now sees the world in her own unique way, and her paintings are full of light and magic. When the Atlantean warrior she’s fallen in love with takes her to his home in Atlantis, she finds a rare magical artifact that could change her world forever. Or it could deliver to Dare the thing he most desires.

It’s the season of miracles in Atlantis. A chance to make wishes come true. And when Lyric tells her new Atlantean friends O Henry’s story of The Gift of the Magi, the world—and Lyric and Dare—may never be the same.

“Time to close up shop.” Lyric turned toward the door, but before she even took a first step, it crashed open.

“I think I need your help,”

It was Dare; she knew him instantly. She could smell the sharp sent of wind and sky and saltwater that was uniquely his; she could pick his voice out of a thousand others.

A heavy thud was the only conclusion to his sentence. He’d collapsed. She rushed over and knelt down beside him. She reached for his pulse, her fingers finding their way to the spot. His pulse was there; strong and reassuring. He was soaking wet, though; his skin was icy cold and he was shivering violently.

She pulled her phone out of her pocket and told it to call Dr. Miller.

No. She pressed END CALL.

No pirates were going to die on her watch. 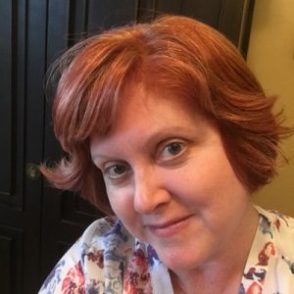 Alyssa Day is the pen name (and dark and tortured alter ego) of author Alesia Holliday. As Alyssa, she is a New York Times and USA Today best-selling author, and she writes the Warriors of Poseidon and Cardinal Witches paranormal romance series and the Tiger’s Eye Mysteries, a paranormal mystery series. As Alesia, she writes comedies that make readers snort things out of their noses, and is the author of the award-winning memoir about military families during war-time deployments: Email to the Front. She has won many awards for her writing, including Romance Writers of America’s prestigious RITA award for outstanding romance fiction and the RT Book Reviews Reviewer’s Choice Award for Best Paranormal Romance novel of 2012. (With all that romance writing, you’re probably not surprised to hear that she’s a board member of the amazing writing organization, Romance Writers of America.)

To rescue the world from an overwhelming evil, Poseidon's warriors have risen from Atlantis. Chief among them is Ven, serving as the King's Vengeance by birthright and by battle challenge. None can conquer him - except perhaps for one human female....

The Warrior...Ven's mind is filled with duty. He must serve as Atlantean liaison to the humans in a war waged against the vampires. A sword is his weapon - not diplomacy. But on a mission to recover the Nereid's heart - a ruby of immense power - it will take every ounce of strength he possesses to resist the sexual allure of the beautiful witch chosen to work with him.

And the Witch...Erin's heart is filled with vengeance. She lives only for the chance at revenge against those who murdered her family. Now she must partner with a legendary Atlantean warrior whose dark desire threatens to crash through the barriers built around her emotions - and her heart. Caught in the trap of shifting alliances, how long can Ven and Erin resist their awakening passion?

*****As part of our 10 year anniversary celebration, we’ll be re-posting old reviews that make us cringe, laugh or sigh all over again.
Holly: This review prompted me to buy the first two books in this series…where they’ve been languishing for ten years. I think it’s about time I pulled them out.
This review was originally published 11/20/2007
It was this book that prompted me to blog about this. Though I did (and still do) have the series blahs, I still read this book. I even liked it. Because it’s been a few weeks since I’ve read it, I’m going to do a quick review.
Ven and Erin must work together to retrieve Nereid’s heart, which will save the life of Riley and her unborn child. Riley is mated to Conlan, Ven’s brother (Atlantis Rising). Ven finds himself torn between putting Erin in danger thus saving Riley’s life and refusing to let Erin retrieve the heart which would kill Riley and her baby. Of course it doesn’t take Ven long to realize that Erin won’t stand aside. Not only will she not let Riley die, she has waited years to face the vampire that killed her family. She also gets another shock when she finds out that her sister, Deidre, was not killed that night but actually turned vampire against her will.
I enjoyed this book once I really let myself get into it. There were several glimpses into the relationship between Alaric and Quinn. Both have major baggage and I’m highly curious to see how that will play out. Day also set the stage for Justice’s book, which will be the next full-length novel. I’m really anticipating Justice after how she left it. She introduced more shapeshifters, gave us more of a look into Drakos/Daniel, and showed more of Jack (tiger shapeshifter).
Alyssa Day has created a fascinating world here and I look forward to reading more about it in the future.