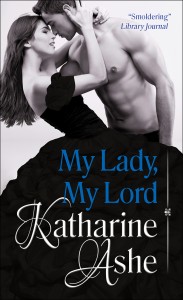 Neighbors for years, they've been at each other's throats since they can remember. But when a twist of fate forces them to trade lives, how long will it be before they discover they cannot live without each other?

Corinna and Ian were country neighbors growing up. They kind of had a love/hate relationship. They kind of liked each other but what came out of their mouths, every time, was kinda mean. Now they’re adults and it’s really no different. Corinna tries to stay away from Ian as much as possible but when his mother, who is a dear friend of hers, invites her to see some Greek statues she can’t not go. Of course Ian is there and they get into it as usual. They end up going their separate ways but that’s not where things end.

When Ian wakes up in the morning he’s not in his own house. Now he make like carousing but he always sleeps the night in his own bed – always. So why is he in a ladies boudoir? And why when he looks down at his body is he looking at a female hand? Turns out that not only is Ian waking up in Corinna’s body but she’s woken up in his. They get together and try to figure it all out but after a couple of days they aren’t any closer. They have to live each others lives as distasteful as that is to both.

Corinna has hang out with rakes and she finds…they’re not as bad as she thought – at least not all of them. She also finds that Ian is a much more upstanding guy than she originally thought. She begins to see him in a different light. Ian isn’t thrilled at all to have to have tea constantly and wear a corset – ug! He certainly doesn’t like to talk politics – which Corinna loves to do. But he sees Corinna in a different light as well.

Corinna figures out that Aphrodite might have something to do with this fantastical switch but if they get back into their own bodies what will happen? They may have found that they don’t hate each other as much as they thought but can they break down their walls enough to be together?

Oh what a great story! I really was not expecting the bit of paranormal body switching, that’s for sure. It added a wonderful little element that had the characters walking a bit in the others shoes and understanding the other more and more. This certainly didn’t last for the entire book, of which I was happy, but it was enough to get the ball rolling between our couple. Once they admitted to themselves that they wanted to be with the other person I thought that would wrap it up but unfortunately Corinna let her brain do too much thinking and didn’t let her heart go where it wanted to go. That was disappointing that she held out longer than I’d hoped but it didn’t ruin the story for me, that’s for sure.

I have enjoyed Ashe’s books in the past and this one is no different. It’s definitely not your typical historical romance but it was oh, so good and absolutely worth reading.