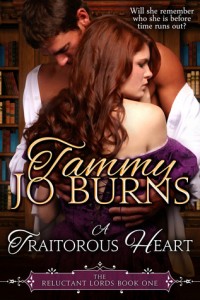 She thought she had lost everyone during an early attack by Napoleon’s forces. Then upon returning to England she loses even more…

He lost his new wife in a brutal attack six months ago during one of the first battle surges by Le Grande Armée. Left with an injury to remind him of that time he reluctantly takes up his mantle as a Peer of the Realm and uses his skills with numbers and letters to help the War Office as a code specialist.

Nothing could surprise him more than walking into a government safe house to question a suspected traitor and find his supposedly dead wife lying injured with no memory of their time together. Is she a traitor? Where has she been all this time?

And is their love strong enough to survive or will the truth tear them apart forever?

Tessa is on her way home from trying to make a little money for rent and food when her friend Danny waylays her and tells her to run. She’s done nothing wrong so she can’t understand why she’s running with him, but she complies anyway. They end up being cornered in an alley by the police when Tessa falls, dislocates her shoulder and bumps her head pretty hard.

Derek, the Earl of Blackburn, works for the government. He is called in to talk to this woman who is a possible traitor and is shocked when he sees the woman he married. Yes, Tessa is his wife only he thought her dead. When she awakens she has no memory so cannot help them with any info on whether she’s a traitor or not, nor does she know who Derek is.

Derek refuses to believe that his wife is a traitor and takes her home with him. Tessa doesn’t like being held prisoner, even if it’s in a beautiful home, but she doesn’t really know what’s going on as she’s given no information of even what she’s accused of. When she finds out that she’s actually Derek’s wife she’s livid that he would treat her this way.

The story goes on with Tessa trying to regain her memory in order to save her own hide and both Tessa and Derek go through much during that time trying to cope with the realities of their relationship. It also has the villain of the story making an appearance now and then and keeping us interested in the “traitorous” part of the story.

This was a good historical with lots of ins and outs that kept me interested. I wasn’t too much of a fan of the ups and downs of the relationship between Tessa and Derek, I must admit. I expected strife, and I certainly got it, but there seemed to be too much of a pattern in their strife and there’s only so many times I can read “things are good, things are great, things are horrible, let’s make up,” before I get tired of it. I thought the book dragged in the middle and could have been tighter and shorter and it would have packed more of a punch – but that’s my humble opinion. 🙂

There were a couple of very nicely written secondary characters who I’m sure will get books. The author did a good enough job on them that I want to read their stories, which is a good thing.

Overall I liked the story. If you like amnesia stories in your historicals then you’d probably like this one a lot.

This title is self published. You can buy it here or here in e-format.