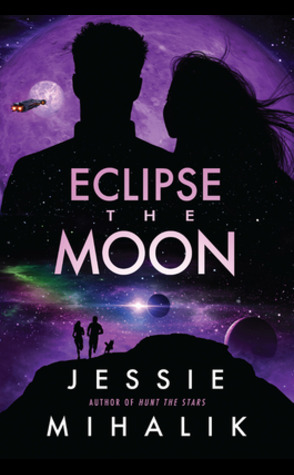 Kee Ildez has been many things: hacker, soldier, bounty hunter. She never expected to be a hero, but when a shadowy group of traitors starts trying to goad the galaxy’s two superpowers into instigating an interstellar war, Kee throws herself into the search to find out who is responsible—and stop them.

Digging up hidden information is her job, so hunting traitors should be a piece of cake, but the primary suspect spent years in the military, and someone powerful is still covering his tracks. Disrupting their plans will require the help of her entire team, including Varro Runkow, a Valovian weapons expert who makes her pulse race.
Quiet, grumpy, and incredibly handsome, Varro watches her with hot eyes but ignores all of her flirting, so Kee silently vows to keep her feelings strictly platonic. But that vow will be put to the test when she and Varro are forced to leave the safety of their ship and venture into enemy territory alone.

Cut off from the rest of their team, they must figure out how to work together—and fast—because a single misstep will cost thousands of lives.

Eclipse the Moon (Starlight’s Shadow #2) by Jessie Mihalik picks up where book #1, Capture the Sun“>Hunt the Stars, left off. Kee is a systems specialist on board Starlight’s Shadow, a mercenary ship. They’re on the hunt for a traitor set on restarting the war between the Human Federation and the Valoffs. Neither Kee nor any of the rest of the crew is willing to go back to war, so she heads to, Bastian, a space station in human airspace just outside a Valoff wormhole to see if she can track down their enemy or figure out what plot is afoot. If that gets her away from Varro, the sexy Valoff she’s been crushing on, all the better. She’s been sending out hints for weeks and he’s clearly not interested, so she needs some space to get her head on straight and move on.

Only Varro follows her. When things escalate and they end up fighting for their lives she’s grateful, if mortified that he doesn’t return her feelings.

Kee isn’t my favorite crew member, but I liked her in the previous book and wanted to know more about her and Varro. I enjoyed them both, though I did think they danced around each other a bit too much. There’s a lot of action in this book, which kept the pace moving but left me frustrated at times since it interrupted communication between them. Still, I enjoyed how they worked together and how the overall storyarc progressed. I’m anxious for the next book. 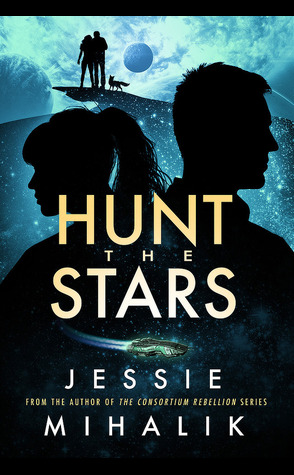 The critically acclaimed author of Polaris Rising takes readers on an exciting journey with the start of her brand-new series about a female bounty hunter and the man who is her sworn enemy.
Octavia Zarola would do anything to keep her tiny, close-knit bounty hunting crew together—even if it means accepting a job from Torran Fletcher, a ruthless former general and her sworn enemy. When Torran offers her enough credits to not only keep her crew afloat but also hire someone to fix her ship, Tavi knows that she can’t refuse—no matter how much she’d like to.
With so much money on the line, Torran and his crew insist on joining the hunt. Tavi reluctantly agrees because while the handsome, stoic leader pushes all of her buttons—for both anger and desire—she’s endured worse, and the massive bonus payment he’s promised for a completed job is reason enough to shut up and deal.
But when they uncover a deeper plot that threatens the delicate peace between humans and Valoffs, Tavi suspects that Torran has been using her as the impetus for a new war. With the fate of her crew balanced on a knife’s edge, Tavi must decide where her loyalties lie—with the quiet Valoff who’s been lying to her, or with the human leaders who left her squad to die on the battlefield. And this time, she’s put her heart on the line.

Tavi was a soldier who saw terrible things in war. Now she and what remains of her team are mercenaries. When she’s approached by the general of the opposing army with a job, he makes it too lucrative to refuse. She’s suspicious of his motives and the job, but not enough to walk away from the fortune he’s offering her. She knows he’s hiding things, but she has no idea the depth of his secrets until it’s almost too late….

Mihalik is excellent at writing very immersive stories. I easily fell into this. I enjoyed Tavi and her team. They worked very well together and I appreciated the way they incorporated Tarran’s team into their plans. I’m very much looking forward to more from this series.