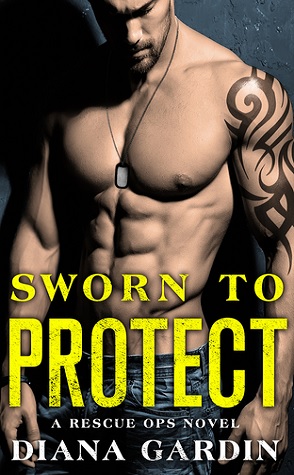 To keep her safe, he'll have to uncover all her secrets...

Rayne Alexander. A face I never thought I'd see again, and one I never could forget. Nine years ago, she left town-and me--without a backward glance. But now she's back, with a haunted look in her eyes and a feisty attitude that didn't exist when we were teenagers. Seeing this grown-up--and sexy--Rayne is something I wasn't prepared for... and it's bringing up feelings I'd thought I'd buried years ago.

Although I want to demand answers from Rayne, working on black ops at Night Eagle Security has taught me that it's sometimes better to keep my mouth shut. So when I catch her hiding a photo of a little boy, I'm curious. When I see her jump as her phone rings, I'm concerned. But the second I notice a car following her home, I know she's hiding something. Something dangerous. And while I may not know why she left or why she's back, if there's someone out there Rayne is afraid of, I'll make damn sure that threat is eliminated.

Rayne was working late at her job in Phoenix, AZ one night when she came across some info on her boss’s desk that she shouldn’t have. The kind of information that could ruin him and put him in prison. He doesn’t catch up with her as she runs from the building but she knows that she needs to get the hell out of Dodge.  She takes her eight-year-old son, Decker, and runs back to her hometown of Wilmington, North Carolina.  When she had first moved to Phoenix she had changed her name so she figures going back to her old name will hide her sufficiently. Not the case.

Rayne moves into her sister’s house as her sister is out of town and gets a job at Night Eagle Security.  She never planned on seeing her high school boyfriend, Jeremy Teague, ever again but the minute he walks into NES – cuz he works there – all of the old feelings start to come back.  Rayne had gotten pregnant by Jeremy when she was a teen and then was cast aside by Jeremy, his grandparents who raised him and then her own parents.  She knows she shouldn’t have any feelings toward Jeremy except disdain but that’s not what happens.  When Jeremy finds out that Decker is his (because he never knew she was pregnant) he’s so excited and wants nothing more than to be with Rayne and Decker and make them a family.

Rayne’s old boss, however, wants her captured and brought to him so that he can take care of her the way he wants.  Jeremy will do anything to keep Rayne and Decker safe but will he be able to in the end?

Sworn to Protect is a good little second chance at love romance/suspense story.  It had a lot of ins and outs and things going on.

Rayne is back in her hometown.  She loved Jeremy when she was younger but his grandparents told her that he wanted nothing to do with the baby when in fact they never told him she was pregnant.  Then her parents took to a clinic to get the baby aborted and she ran.  She’d been living the last 9 years thinking that Jeremy betrayed their love but that wasn’t the case at all.  Once Rayne and Jeremy are together again things fall into place and all is good.  Except for her old boss that’s threatening her.  I was a little confused about the boss, quite frankly.  He was at first after her because of the things she knew about him but then it turned to the fact that he didn’t want her dead he wanted to keep her and tame her sexually – ew.  It was more than a little creepy, to say the least and kind of a weird, expected twist.  Then Jeremy’s grandfather got involved and it was a bit too much.

Of course NES gets involved as that’s what they do but it all seemed a little too easy.  IDK, there was just some aspect of the story that was missing that made this a good book, but not great.  The elements were there but there was something in the execution that was lacking, imho.  The characters were good, the story was a decent one but I definitely didn’t end the book thinking, “Wow, that was really good!”

So in the end a decent read but it wasn’t something that grabbed me and wouldn’t let go.