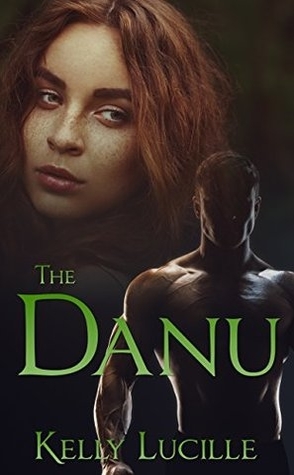 Katrine was a child of the Danu. Her people were peaceful forest dwellers with a connection to the natural world and forest magic that others came to both envy and fear. When the lands of her people where claimed by invaders, fear turned to fire and everything she knew was destroyed.
Now, an adult and finally free of the ties that bound her, she is on a mission to stay alive, stay free, and find others of her kind hiding in the world.
She expected it to be hard, what she didn't expect was catching the eye of one of her peoples worst enemies. Saying no should have been easy, but a warrior prince of the realm always got what he wanted. Especially when what he wanted was the last of the peace loving Danu his people had already conquered.
He would find out quite quickly that Katrine was a different kind of Danu.

Kelly Lucille is a new-to-me author. The Danu came up as a recommended read on Kindle so I downloaded a sample and enjoyed it enough to purchase the book. I liked the concept and was intrigued by the main character in the first chapter.

Katrine’s people, the Danu, were destroyed when invaders burned the forests they claimed as home and were connected to magically. She was taken as a slave and sold to the leader of an Outcast clan at age 11 who took her for his wife to protect her from his lecherous son. She felt she owed him a debt so she remained with him as his wife (in name only) until he died. The day he died his son made it known that he expected her in his bed that evening, so she followed plans she and her now dead husband made and left the clan.

Not much is known or understood about the Danu by the invaders who killed her people, which worked in Katrine’s favor. She was able to escape into The Wild, the forests her people called home until they were destroyed, until she was able to make her way into the human city. She believes she is the last living Danu.

Prince Khalon is intrigued by a woman he finds in a walled city garden and he’s been drawn back to the area to search for her. When he realizes she’s Danu, the sworn enemy of his people, he knows he has to take her to his father. He can’t stand the thought of her being harmed, however, so she places her under his protection.

I enjoyed Katrine. She was a strong character. I liked her initial journey from the Outcast clan to the city. I also enjoyed the brief time she spent in the city. From there, though I enjoyed the story overall, I felt a lot of it was choppy and not explained well. I also feel like things were wrapped up rather quickly.

In regards to Khalon, I didn’t really buy into his feelings being genuine and long-lasting. He wanted to protect her, but …I don’t know. They didn’t have a “UNTIL THE END OF TIME” romance. It was hard to believe he’d place her before all others.

Even though I wasn’t satisfied with the romance or how quickly things ended, I am looking forward to the next book.