The RITA Award is the highest award of distinction in the romance publishing industry and recognizes excellence in published romance novels and novellas. Winners will be announced at the award ceremony held during the RWA National Conference at Walt Disney World Dolphin Resort, Thursday, July 27. Today we’re spotlighting the nominees for Best First Book. If anyone saw the prom boards Amelia Blanco makes on her favorite fashion app, they'd think Ethan Laurenti was her boyfriend. They wouldn't know that all the plans she's made for them are just dreams, and that she's the girl who watches him from the kitchen while her parents cook for his famous family.

When Amelia's abuelita enrolls her in a month-long fashion internship in NYC, Amelia can't imagine leaving Miami--and Ethan--for that long. As soon as she gets to New York, however, she finds a bigger world and new possibilities. She meets people her own age who can actually carry on a conversation about stitching and design. Her pin boards become less about prom with Ethan and more about creating her own style. By the time she returns to Miami, Amelia feels like she can accomplish anything, and surprises herself by agreeing to help Ethan's awkward, Steve-Jobs-wannabe brother, Liam, create his own fashion app.

As Liam and Amelia grow closer, Ethan realizes that this newly confident, stylish girl may be the one for him after all . . . even though he has a reality TV star girlfriend he conveniently keeps forgetting about. The "new and improved" Amelia soon finds herself in between two brothers, a whole lot of drama, and a choice she never dreamed she'd have to make. 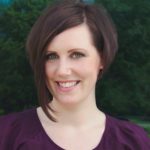 Stephanie Scott writes Young Adult stories about teens who put their passions first. She enjoys dance fitness and cat memes, and Pinterest is driving her broke. Born and raised in Kalamazoo where there are no zoos, she’s a Midwest girl at heart. She now lives outside of Chicago with her tech-of-all-trades husband. You can find her chatting about TV and all things books on Twitter and Instagram at @StephScottYA. Music means more than anything to high school student Cate Reese; it’s also what unites her with Cal Woods. Devoted classical guitar players, Cate and Cal are childhood friends newly smitten by love—until a devastating car accident rips Cal out of Cate’s life forever. Blaming herself for the horrific tragedy and struggling to surface from her despair, Cate spirals downhill in a desperate attempt to ease her pain.

Fellow student David Bennet might look like the school’s golden boy, but underneath the surface the popular athlete battles demons of his own. Racked with survivor’s guilt after his brother’s suicide, things get worse when tragedy darkens his world again—but connecting with Cate, his sister’s longtime babysitter, starts bringing the light back in.

As Cate and David grow closer, the two shattered teenagers learn to examine the pieces of their lives…and, together, find a way to be whole again. 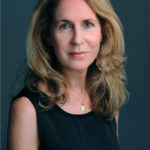 Born in Toronto, Canada, Mimi Cross is an author, singer, and songwriter who grew up in New Jersey. She received a Bachelor of Music from Ithaca College and an MA from New York University. She is a performer, a music educator, and worked briefly in the music industry. Mimi is also a certified Kripalu yoga instructor and the creator of Body of Writing, a practice that adds an additional dimension to the body, mind, spirit discipline of yoga: story.

A two time Asbury Music Award winner, Mimi has shared the bill with artists such as Sting, Bonnie Raitt, Lauryn Hill, Jill Sobule, and Jon Bon Jovi. She enjoys performing for the benefit of others, and has played shows with many New Jersey musicians, including Bruce Springsteen, to raise funds for the Light of Day Foundation. She offers classes at Project Write Now, A nonprofit dedicated to helping people improve their writing and communication skills.

Mimi lives with her young son, across the street from the beach. A disgraced scholar running from her past and an entrepreneur chasing his future find themselves thrown together—and fall in love—on a Tolkien tour of New Zealand.Allison Shire (yes, like where the Hobbits live) is a disgraced academic who is done with love. Her belief in “happily ever after” ended the day she discovered her husband was still married to a wife she knew nothing about. She finally finds a use for her English degree by guiding tours through the famous sites featured in the Lord of the Rings and The Hobbit movies. By living life on the road and traveling New Zealand as a luxury tour guide, Allison manages to outrun the pain of her past she can’t face.Jackson Gregory was on the cusp of making it big. Then suddenly his girlfriend left him—for his biggest business competitor—and took his most guarded commercial secrets with her. To make matters worse, the Iowa farm that has been in his family for generations is facing foreclosure. Determined to save his parents from financial ruin, he’ll do whatever it takes to convince his wealthy great-uncle to invest in his next scheme, which means accompanying him to the bottom of the world to spend three weeks pretending to be a die-hard Lord of the Rings fan, even though he knows nothing about the stories. The one thing that stands between him and his goal is a know-it-all tour guide who can’t stand him and pegged him as a fake the moment he walked off the plane.When Allison leads the group through the famous sites of the Tolkien movies, she and Jackson start to see each other differently, and as they keep getting thrown together on the tour, they find themselves drawn to each other. Neither expected to fall in love again, but can they find a way beyond their regrets to take a chance on the one thing they’re not looking for? 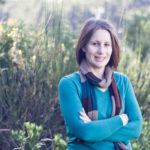 Kara Isaac is an award-winning writer who lives in Wellington, New Zealand, where her career highlights include working in tourism as Private Secretary for the Prime Minister. She loves great books almost as much as she loves her husband and two children.

For a full list of RITA finalists, readers can go to: https://www.rwa.org/page/2017-finalists

To see a spotlight of each book being nominated, click here: http://bit.ly/RITA17BlogTour

What is the RITA Award?

The purpose of the RITA award is to promote excellence in the romance genre by recognizing outstanding published romance novels and novellas.

The award itself is a golden statuette named after RWA’s first president, Rita Clay Estrada, and has become the symbol for excellence in published romance fiction.

For more about the RITA Award, click here: https://www.rwa.org/p/cm/ld/fid=528

The RITA Ceremony will be streamed live for people to watch from home! Readers can watch from 7 to 9 p.m. ET on July 27 by going to www.rwa.org.