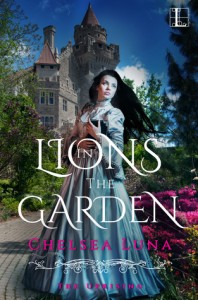 Ludmila Novakova--Mila--has barely set foot outside Prague Castle in her seventeen years. But with the choice between braving the bandits and wolves of Bohemia's uneasy roads or being married off to a disgusting old baron, she's taken what she can carry and fled.

Escape won't be easy. Even Mila has heard the rumors of a rebellion coming against the court. The peasants are hungry. The king hasn't been seen in months. Mila's father, the High Chancellor, is well known and well hated.

But Mila can't sit behind a stone wall and let fear force her into a life of silk gowns and certain misery. Her mother's death has taught her that much. She has one ally: Marc, the son of the blacksmith. A commoner, a Protestant--and perhaps a traitor, too. But the farther she gets from the castle, the more lies she uncovers, unraveling everything she thought she knew. And the harder it is to tell friend from enemy--and wrong from right . . .

Mila is a 17-year-old girl who doesn’t want to marry a fat old man but she’s pretty sure that her father, who is High Chancellor to the King of Bohemia is going to make her. She escapes the castle grounds and Prague but is set upon by thieves. She is saved by Marc who one of the sons of the blacksmith in Prague. The pair find an instant bond and once Mila is back in the castle, (and finds out that her father is not going to marry her to a fat old man) her and Marc meet secretly a few times.

Mila invites Marc and his two siblings, Henrik and Jiri, to a revealing of the Holy Roman Emperor’s crown jewels because she wants to see Marc again. She’s shocked when her childhood friend Radek, the Duke of Prucha, has the king announce his engagement…to Mila. She is shocked and actually faints. When she comes to she tries to get away to talk to Marc but runs into Marc’s brother Jiri and two other men who are stealing the crown jewels. They take Mila hostage and manage to get away. Luckily for Mila, Jiri (who is only 16), left a note for his brother telling him what they were doing and Marc comes after them to save Mila.

Mila finds out more about the revolution that is being planned by the commoners and what exactly they’ve been going through because they are Protestants and not Catholics. She learns much information about her fiancé that is stomach-turning and she falls in love with Marc.

Unfortunately when they return to Prague things don’t go the way that Mila expected them to go. The one person Mila thought she could trust betrays her in a heart-breaking way and now Marc might die because of it.

I’ll admit it – I’m a bit of a historical romance location snob. I know it’s horrible and I should be more open but I find that I don’t normally read historical romances that take place outside of England and Scotland. Don’t judge! 🙂 I have read some but they just aren’t my go-to books. I took a chance on this one because I thought it sounded really interesting (and I’m part Czech) and luckily for me – it was!

Mila and Marc were one of those couples that fell for each other just about at first sight. I always give historical romances a bit of leeway when it comes to how fast the couples fall in love because they just did way back when. It was totally common and quite frankly if they were to look at our contemporary ways of dating/engagement/marriage they would probably think we were nuts as well. Anyway, the two fell for each other quite fast but due to the circumstances I enjoyed it. They were sweet together even with all of the turmoil and political unrest.

Mila was an innocent in so many things and having her eyes opened to the way of life of a commoner was shocking. She started to look at her life differently and I loved how she grew throughout the book. Marc was a strong character and his strength throughout the story was seriously engaging.

The book, unfortunately, ended without a true conclusion. The story will continue in the next novel that comes out in September but I found it incredibly frustrating to not know what happens next. While this was a star-crossed lovers story and there is a bit of romance it definitely doesn’t contain an HEA. The fate of both Mila and Marc is up in the air and I have no idea how it’s going to go. I guess I’ll just have to read the next book and see what happens.