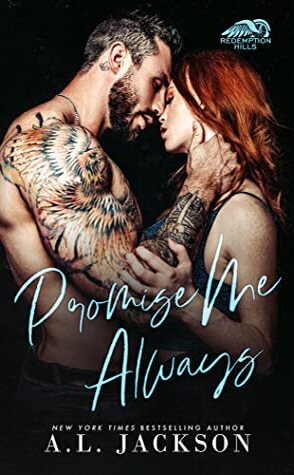 I should know better than to let Tessa McDaniels pretend to be my fiancée.
I’m a dark, dangerous disaster who leaves destruction in his wake.
But when she offers to pretend to marry me to help me get my kids back, I can’t refuse. They are the one thing I have left to fight for.

Milo Hendricks found me at my lowest.
Battered and broken by my ex with no place to call home. When he insists I stay at his cabin with him, he sparks the feelings I’ve tried to suppress.
He’s only supposed to be my friend, but every time he comes in the room, he makes my knees weak.
This gorgeous, tatted, mountain-of-a-man who’s riddled with secrets.

Tessa is everything I crave but can’t have.
I shouldn’t touch her.
Shouldn’t make it real.
But she’s a red-headed flame I can’t resist, and I can’t help but take her to my bed.

Now we’re falling into an abyss of passion and need.
Loving her is easy.
Only we’re tied in ways we don’t know.
I’ll do anything to protect her, but it’s my past that might destroy her in the end… 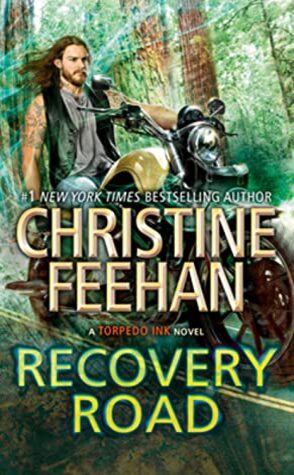 Kir “Master” Vasiliev doesn’t care whether he lives or dies. He’s a burnt-out shell with no one and nothing but his club. Whatever Torpedo Ink needs, Master will put himself in harm’s way time after time. If he doesn’t make it back, he’s certain everyone will move on just fine.

Investment banker Ambrielle Moore knows her own mind, and she’s not willing to settle for anyone. So when a second-rate gangster and his thugs try to coerce her into marriage—and giving up all of her family’s money—she’s having none of it. Until they turn to cold-blooded murder.

Grieving and enraged, Ambrie is ready to go scorched earth on her captors when Master shows up anticipating a damsel in distress. But Ambrie is nothing like he expected, and everything he never knew he desired…. 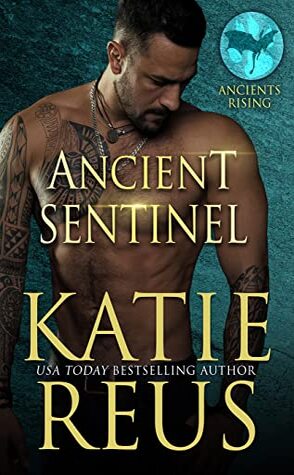 He never expected her…

Jaguar shifter Ren never expected to fall for anyone again—not after the last woman he opened his heart to tried to cut it out. Literally. But the moment he met Grace, he fell fast and hard for the sweet human. Except she’s made it clear she’s only looking for friendship, and he wants it all.

But he’ll do anything to claim her heart.

Grace officially has a crush on her friend—a quiet jaguar shifter with kind eyes and deadly skills. However, he hasn’t given any indication he wants more than friendship. So she vows to move on—until they’re given an assignment by their Alpha. When they’re stuck together under the same roof, sharing one bed, it becomes impossible to hide her attraction. But then an unknown threat surfaces, putting Grace’s life in danger, and Ren will stop at nothing to protect the woman he knows is his mate 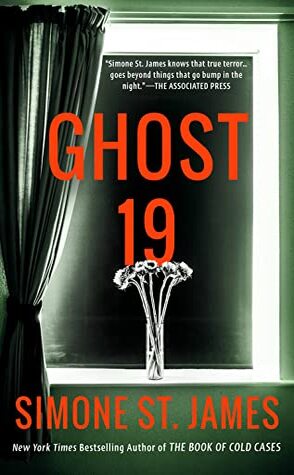 A woman moves to a town where she becomes obsessed with watching the lives of her neighbors while stuck in a house that refuses to let her leave in this first ever short story from the New York Times bestselling author of The Book of Cold Cases.

Is there something wrong with Ginette Cox? It’s what everyone seems to think. When a doctor suggests that what she might need is less excitement, she packs up and moves from New York City to a house in suburban NY: 19 Howard Ave.

The town offers Ginette little in the way of entertainment in 1959, but at least she has interesting neighbors. Whether it’s the little girl with her doll or the couple and their mother-in-law, Ginette watches them from her window and makes up names and stories for them.

But it’s not all peaceful in suburbia. Ginette finds it hard to sleep in her new house. There are strange and scary noises coming from the basement, and she is trapped, either by a ghost or her own madness.

But when Ginette starts to think a murder has taken place and a mysterious man starts making terrifying appearances outside her window, it’s clear she must deal with whatever isn’t allowing her to escape this house… 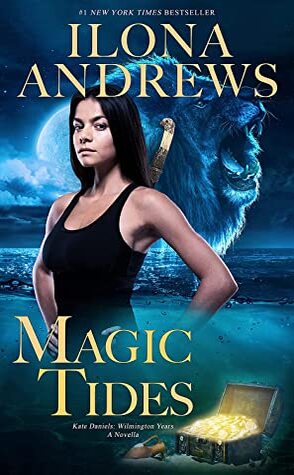 Ilona Andrews invites you back to the #1 New York Times bestselling Kate Daniels series in this exciting new long novella featuring Kate, Curran and Conlan, some familiar faces, some new friends, and all the special brand of chaos they create!

Kate, Curran and their son, Conlan have left Atlanta, vowing to keep a low profile, and are settling into a new city and new house…but some things never change! Magical mayhem is about to erupt when Kate undertakes the rescue of a kidnapped youth, while Curran guards the homefront.

It should be a simple retrieval, but with monsters on land and sea, Kate’s got her work cut out for her. Still, she’s never let her blade dull or her purpose falter. And that low profile? It’s about to wash away with the raging tides! 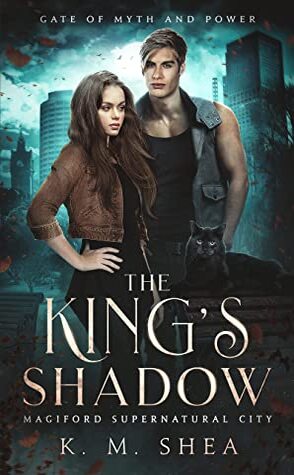 I just spent the last month pretending to be the pet cat of an elf king. Today, I discovered we’re enemies.

In a supernatural society filled with vampires, werewolves, and wizards, I’ve always been an outcast with my ability to turn into a housecat. No one knew what I was.

Turns out, I’m a shadow—a race of supernaturals that were wiped out by the elves centuries ago.

Who explains this to me? Noctus, the elf king I’ve been staying with while pretending to be his pet “cat,” not knowing I’m the archenemy of his people. Talk about the most awkward ancestry results ever.

Now I’m stuck staying with Noctus because he can’t let me go thanks to all of his secrets I unwillingly learned as a cat. At least he hasn’t killed me. Yet.

If that isn’t bad enough, I’m being tracked by a creep obsessed with killing me because I’m a shadow, and he doesn’t mind doling out collateral damage during the hunt.

So I’ve got a mysterious elf king holding me captive in his hidden home, a slew of new powers to learn with my revealed ancestry, and a psychopath on my tail. Wow, things are looking up.

It’s time to find out if cats really do always land on their paws. 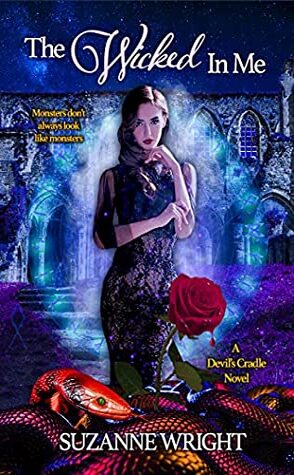 No one really knows what they are. Only that they’re the first civilization. Aeons, they call themselves. They’re immortal. Powerful. Secretive.

And they’ll come for her.

Witch Wynter Dellavale knows that for certain. Because in unfairly trying to execute her, they started a chain of events they’re struggling to stop.

Needing safety, she flees to Devil’s Cradle, the home of monsters. A place for the outcasts, the fugitives, the crazies. A place ruled by the Ancients, seven beings who were once banished by the Aeons. Among the Ancients is the infamous Cain, brother of Abel and embodiment of jealousy — who, on another note, wants her in his bed.

There’s a heavy price for the safety the Ancients offer, but Wynter will have to pay it. She can’t take on the Aeons alone. And she has no intention of dying — been there, done that.

Not that she’ll be the easy prey the Aeons are expecting. They have no knowledge of the … thing that lives inside her. You see, when witches are brought back from the afterlife, they don’t always come back the same.

And they don’t always come back alone.