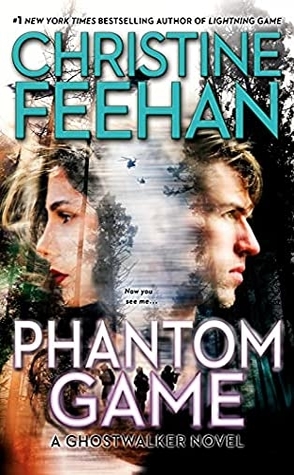 Jonas "Smoke" Harper has watched his brothers find their perfect mates, never imagining he'd actually meet someone who complements every part of him — even the monster that lurks within. But his instant connection with Camellia goes far beyond wanting the intelligent, beautiful, and lethal woman in his bed. They are two parts of a whole, linked to each other and to a larger network that exists everywhere around them.
Camellia has lived on her own for a long time, relying on her unique psychic abilities to keep her safe. She knows that Jonas was literally made for her, and that makes their addictive connection more dangerous than a thousand enhanced super soldiers. Once the larger threat looming over them is dealt with she's going to get far away as fast as she can. Life has taught her that the only one she can truly trust is herself.
Jonas can sense Camellia is going to run — and the hunter inside doesn't want to let go. Not when he knows how good they'll be together. So he'll just have to use all of his considerable skills to convince her to stay...

Phantom Game is a wonderful addition to Feehan’s GhostWalker series. I haven’t been a huge fan of Feehan in the last few years. This book seemed to be like her earlier books, which was a nice change. After reading Annihilation Road, I thought about throwing in the towel. I was going to force myself to come to terms with the fact that Feehan just doesn’t write how she used to. Then this book came out. I’m more certain now than ever that she has a ghostwriter. Holly is too and she’s always right.

Camellia Mist lives for her plants and flowers. Since she was a small child under Whitney’s care, she knew she had an affinity for anything growing from the ground. She’s able to disappear into the mist (hence the last name) with the help of the Middlemist Red Camellia. Red helps Camellia stay hidden in the forest in Montana. When Jonas Harper is able to get around her traps, she knows instantly that he’s been paired with her. They have similar abilities and an instant and electric attraction.

Jonas has fought his aggression for years. When he was being enhanced by Whitney, he was injected with DNA of various animals. All of them aggressive (think tiger, leopard, etc). Camellia sooths the best and he knows he can’t let her go. She is very obviously independent and can take care of herself, yet his urge to protect her is fierce.

I really enjoyed this installment. I liked going back to Team One and seeing old favorites. Lily and Ryland had a cameo and it was heartbreaking. Camellia was such a wonderful heroine, strong yet kind. Jonas was a badass with a gentle side. The camaraderie between the GhostWalker teams added an element that made it hard to put this book down.