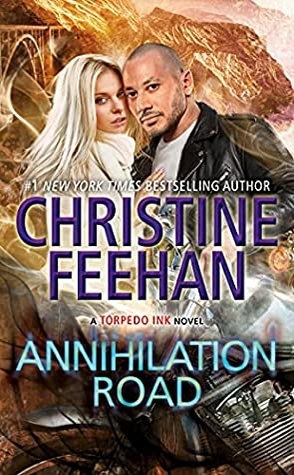 All paths lead to destruction in the new Torpedo Ink novel from #1 New York Times bestselling author Christine Feehan.
Savin “Savage” Pajari is convinced he’s not worth a damn thing. He’s not like his brothers. He’s a sadistic monster, a killer—a man no woman could truly love. So it completely throws him when a stranger risks her life for his, pushing him out of the way and taking the hit that would have sent him six feet under. If he had any kind of sense, he’d leave her alone, but Savage can’t get the woman with a smart mouth and no sense of self-preservation out of his head. With one kiss, he’s lost.
Seychelle Dubois has spent her entire life not feeling much of anything, until Savage comes along and sets her whole body on fire. Kissing him was a mistake. Letting him get close would be a catastrophe. He’s the most beautiful—and damaged—man she’s ever met. He has a way of getting under her skin, and what he’s offering is too tempting to resist.
Seychelle knows so little about Savage or the dangerous world of Torpedo Ink, but his darkness draws her like a moth to a flame. Loving him could mean losing herself completely to his needs—needs she doesn’t understand but is eager to learn. But what Savage teaches her could destroy her.

Savage is the most, well, savage of the Torpedo Ink members. His brothers and sisters believe that he is a time bomb, ready to go off over the smallest infraction. What his family doesn’t know is that he has a special gift. He can take pain (mental) from people, but then he takes it on himself. He knows he can’t live like this any longer. Then he meets Seychelle. Savage wonders is she’s been sent from heaven by a God that he doesn’t believe in.

I’m not a prude by any means, but this book was a little much for me. I understood the reasons that Savage had his particular sexual needs, but it was like a cloud that just hung over the entire book. It was this thing that you couldn’t put at the back of your mind. The book was mostly about Savage’s needs and the why of those needs. I was about halfway through the book & thought it should have ended then and there. It was just too much. I actually thought DNFing it, but I couldn’t bring myself to do it. It’s the diehard Christine Feehan fan in me that couldn’t DNF it.

This book is the first of a duet within the Torpedo Ink series. I haven’t read Savage Road because I’m just not interested. It was a sad day when I realized that.