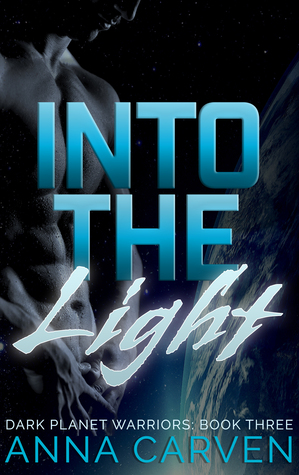 When your mate is a Kordolian General who's betrayed the most vicious Empire in the Universe, things tend to get a little heavy from time to time. For the last six months, Tarak's had to divide his time between Earth and space, dealing with various... problems. But he's home now, and he tells me he's not going anywhere. That's good news, because our baby's on the way, and I'm dying to get out of this boring, stifling limbo they call the Diplomatic Zone.

Now that Earth is surrounded by my warships and the Kordolian Empire has been held at bay, I can give my full, undivided attention to my mate. Pregnancy has made Abbey even more beautiful, and I am in awe of the growing life she carries inside her. But I must be ever-vigilant, because the shadow of the Empire lingers, and I must protect what is mine, at all costs.

Warning: This book is a science-fiction alien pregnancy romance. It contains swearing, violence, sensual (pregnant) sex scenes and silver aliens with fangs. It's definitely recommended for readers aged 18 and over.

Into the Light is Book Five in the Dark Planet Warriors Series. It will make more sense if you've read the other books first, although that's probably not absolutely essential.

Into the Light (Dark Planet Warriors #3) by Anna Carven takes us back to Abbey and Tarek, the couple from book 1, Dark Planet Warriors. Book 1 was written in alternating first person POV, book 2 in alternating third, and this one goes back to alternating first. There is a continuing storyarc running throughout the series, with a lot of twists and turns and backtracking and forward jumping. Though the author says these can be read as standalone books, I disagree. They should definitely be read in order.

Abbey is pregnant and decides she needs to be with her off-the-grid aunt after the hospital tries to pressure her into signing her rights to her genetic material away. She and Tarak travel to the family desert compound, where Tarak decides to set up base. Amid assassination attempts and kidnappings, they have to figure out their future.

This story progresses the overall series story-arc, and gives us a little more insight into where the humans are at in terms of technology and evolution. It also showcased some of the challenges the Kordolians are facing without a home planet. I enjoyed those aspects, though I would have preferred a story featuring a new couple.