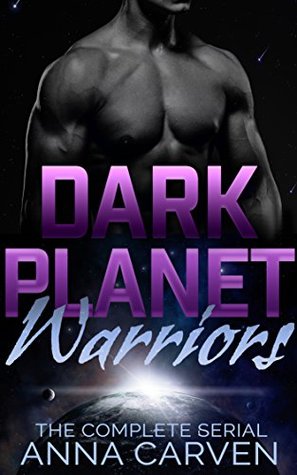 Some scary looking aliens have just boarded Fortuna Tau, our little asteroid mining station. Kordolians, by the looks of things. What the hell do they want with this floating rust bucket? What are they even doing here?

Come to think of it, I've never seen a Kordolian up close before. They're huge and intimidating, with strange silver skin and pointed ears. They have freaky nano-armor, and they're packing a serious arsenal. We stand no chance against them.

When I encounter their General, I find him insufferable. Arrogant. Domineering. He won't tell me anything. I guess that's what happens when your race is kicking ass across the Nine Galaxies. You get pigheaded.

So why do I keep running into him? Why does he keep looking at me like that? And what's with this weird feeling I get when he's around?

Sucked into a wormhole during a fierce skirmish with an enemy ship. Spat out near a human mining station in a remote corner of the Nine Galaxies. Stuck with weak humans who operate with inferior metals and technology.

This mission couldn't get any worse.

We need to fix our craft, kill the cursed Xargek, and get out of here before the wormhole collapses. I don't really care about these humans. Their existence makes no sense to me.

So why has this strange human female captured my attention? She's messy, awkward, and she babbles nonsense half the time. These humans are crazy. I don't understand them at all, especially this female. Why do I keep coming back to her?

I need to leave this place before I go insane.

Warning: This book contains swearing, violence and steamy sex scenes. It's recommended for readers aged 18 and over.

Dark Planet Warriors by Anna Carven in the first book in the Dark Planet Warriors series. It was originally written as a serial. I read the combined version. I tried reading this early last year, but the writing wasn’t working for me so I set it aside around the 40% mark. Recently I read another book set in this world and decided to go back and try again. It worked a little better this time around. I still struggled with the writing, but I ended up really liking the second half of the book. I don’t think the book was edited when it was combined, and it suffered for it.

Abbey is working on an asteroid mining station when a Kordolian battle cruiser lands and requests aid. No one knows what they’re doing in this sector, but Abbey wants nothing to do with them. They claim they aren’t there to take over, but Abbey doesn’t trust them – even if she does find their leader more attractive than she should…

Tarak wants to get his battle cruiser fixed and get off the mining station, but when he realizes they were followed by an alien race of over-grown insects, he knows he can’t leave the weak humans to fend for themselves. When Abbey is hurt because of his actions, he vows to save her – even if that means taking her to his home planet where they have superior medical technology. Kythia isn’t the safest place for humans, but Tarak won’t let anything happen to Abbey. Lord help anyone who tries to harm her on his watch.

Tarak is the commander of the Kordolian army, and an elite warrior himself. He’s used to being obeyed, or forcing submission if necessary. So he was kind of a lot at the beginning. The more time he spent with Abbey, the more he warmed up. I thought he was really cute with her. I also liked Abbey. She was level-headed and practical. There was an element of insta-love/lust, but I didn’t stress it too much. Once I got to the second half I really enjoyed the story and I’m looking forward to the rest of the series.