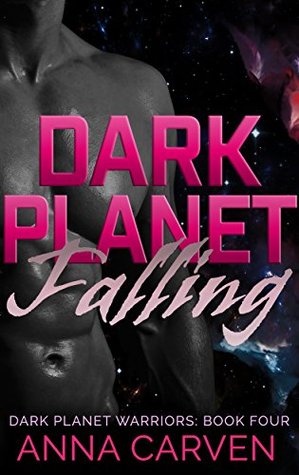 Prince Xalikian Kazharan has a dilemma on his hands. Now that the Kordolians have landed on Earth, he somehow has to convince an entire planet of Humans that his people mean them no harm. It's easier said than done, especially when one's race has a reputation for brutally conquering the Nine Galaxies. Perhaps this stubborn female journalist called Sera Aquinas, who thinks she can just walk up to his front door and ask for an interview, might be able to help him.

But first, he has to gain her trust, and that's not so easy when her presence drives him to distraction.

Sera Aquinas doesn't trust the charming amber-eyed Prince when he says he doesn't want to take over her planet. As a hardened journalist, she's seen her share of duplicity and corruption. So when Xal tells her the Kordolians are looking for Human females, she thinks he's messing with her. Seriously? Who would believe that lame excuse?She has to admit however, that Xal is one fine looking alien, and a part of her is curious. It's absolutely far fetched, but what if he's telling the truth?

What if Humans and Kordolians are compatible?

And when it comes to Xal, why does her body keep betraying her when her head is telling her to get the hell out of there?

Warning: this book contains swearing, violence, sensual sex scenes, silver aliens with fangs and a little dose of insta-lust. If you're sensitive to any of these things, you may want to think twice before reading it. It's definitely recommended for readers aged 18 and over.

Dark Planet Falling is Book Two in the Dark Planet Warriors Series. It will probably make more sense if you've read the other three books first, although that's probably not absolutely essential.

Dark Planet Falling by Anna Carven is the second book in the Dark Planet Warriors series. I enjoyed it much more than the first.

Sera is a journalist who wants the scoop on what the Kordolians are really doing on Earth. They claim they don’t want to take over, but their reputation proceeds them and Sera isn’t buying it. So she decides to go ask them. She doesn’t really expect it to work, so she’s shocked when she gains entry. She’s even more shocked by the beautiful alien who is very deadly, but seems to lack knowledge about Earth, who requests that she help them.

Xal has been in exile on his planet ever since he tried to murder his mother – the evil Empress of Kythia. When Commander Tarak asks him to leave Kythia to be the face of their race on Earth, he agrees, but he has unfinished business on Kythia. When the Empire sends a battle cruiser to threaten Earth, Xal asks Sera to join him onboard their own battle cruiser so she can witness how he, Tarak and their warriors are trying to save Earth, not harm it.

I really liked Xal in the first book and I was glad to learn more about him here. He had his reasons for trying to overthrow his mother, and my heart broke for him. It was interesting watching him navigate Earth politics.

I didn’t really like Sera at first. She wants to find out what the Kordolians are really doing on Earth, and I get that, but the “creative license” she took with her story wasn’t very well done. I liked her more as the story went on. She was honest and forthright, and I really liked how capable she was.

The romance was sweet. I loved how Xal treated Sera. He was overprotective, but also respectful of her and her skills. I’m glad I powered through the first book. This is shaping up to be a great series.