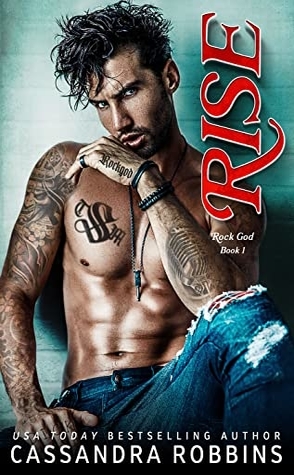 I know what I want.

So when opportunity knocked, I took it. I grabbed my shot, willing to do anything to make it happen.

From the beginning, I knew I was destined to be with the six-foot-four, bourbon-eyed Rock God. Only back in the early days he wasn’t a god.

Rhys Granger was my brother’s friend, the boy next door who wrote verses and played his guitar in our garage. He was talented. Exciting. Damaged. The kind of guy who made all the girls cry…

Except for me. I thought I was special. Turns out I’m not.

And now… I despise him.

He’s the lead singer of the Stuffed Muffins, one of the biggest bands in the world, with dark hair, full lips, and a body to die for.

Not that I care anymore. I have my own career. I’m successful in my own right. So, when offered another once-in-a-lifetime opportunity, I turn it down.

But the universe has other plans, and I’m forced back into the savagely glamorous world of rock ‘n’ roll. Thrust into battling his seductive smile, his dangerous kisses, and my own addictive needs.

He might be a Rock God, but he’s also a man. And I’m the woman he never saw coming.

Casee: Cassandra Robbins is a relatively new-to-me author. I enjoyed her books so I’m really hoping this one is good. 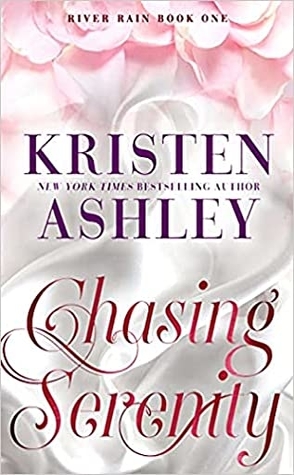 From a very young age, Chloe Pierce was trained to look after the ones she loved.

And she was trained by the best.

But when the man who looked after her was no longer there, Chloe is cast adrift—just as the very foundation of her life crumbled to pieces.

Then she runs into tall, lanky, unpretentious Judge Oakley, her exact opposite. She shops. He hikes. She drinks pink ladies. He drinks beer. She’s a city girl. He’s a mountain guy.

Obviously, this means they have a blowout fight upon meeting. Their second encounter doesn’t go a lot better.

Judge is loving the challenge. Chloe is everything he doesn’t want in a woman, but he can’t stop finding ways to spend time with her. He knows she’s dealing with loss and change.

He just doesn’t know how deep that goes. Or how ingrained it is for Chloe to care for those who have a place in her heart, how hard it will be to trust anyone to look after her…

And how much harder it is when it’s his turn.

Casee: Anything by Kristen Ashley. Anything.

Holly: I’m on the fence about this one. I love KA like whoa, but her last few books haven’t worked for me. I’m probably going to wait for Casee to read it before I decide. 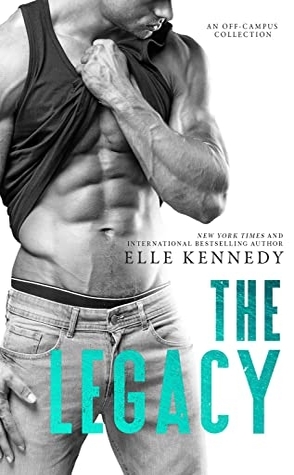 A wedding.
A proposal.
An elopement.
And a surprise pregnancy.

Can you guess which couple is which?

Come for the drama, stay for the laughs! Catch up with your favorite Off-Campus characters as they navigate the changes that come with growing up and discover that big decisions can have big consequences…and big rewards.

Casee: I really love Elle Kennedy though I haven’t read her in awhile. I really want to dive into this series.

Holly: I’m super excited to re-visit some of my favorite characters. Bring on the novellas. 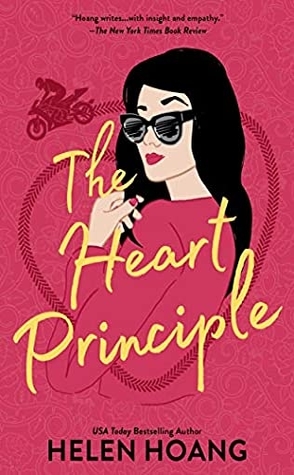 The Heart Principle (The Kiss Quotient #3) by Helen Hoang

A woman struggling with burnout learns to embrace the unexpected—and the man she enlists to help her—in this heartfelt new romance by USA Today bestselling author Helen Hoang.

When violinist Anna Sun accidentally achieves career success with a viral YouTube video, she finds herself incapacitated and burned out from her attempts to replicate that moment. And when her longtime boyfriend announces he wants an open relationship before making a final commitment, a hurt and angry Anna decides that if he wants an open relationship, then she does, too. Translation: She’s going to embark on a string of one-night stands. The more unacceptable the men, the better.

That’s where tattooed, motorcycle-riding Quan Diep comes in. Their first attempt at a one-night stand fails, as does their second, and their third, because being with Quan is more than sex—he accepts Anna on an unconditional level that she has just started to understand herself. However, when tragedy strikes Anna’s family she takes on a role that she is ill-suited for, until the burden of expectations threatens to destroy her. Anna and Quan have to fight for their chance at love, but to do that, they also have to fight for themselves.

Casee: This author is hilarious!

The Love Hypothesis by Ali Hazelwood

When a fake relationship between scientists meets the irresistible force of attraction, it throws one woman’s carefully calculated theories on love into chaos.

As a third-year Ph.D. candidate, Olive Smith doesn’t believe in lasting romantic relationships–but her best friend does, and that’s what got her into this situation. Convincing Anh that Olive is dating and well on her way to a happily ever after was always going to take more than hand-wavy Jedi mind tricks: Scientists require proof. So, like any self-respecting biologist, Olive panics and kisses the first man she sees.

That man is none other than Adam Carlsen, a young hotshot professor–and well-known ass. Which is why Olive is positively floored when Stanford’s reigning lab tyrant agrees to keep her charade a secret and be her fake boyfriend. But when a big science conference goes haywire, putting Olive’s career on the Bunsen burner, Adam surprises her again with his unyielding support and even more unyielding…six-pack abs.

Suddenly their little experiment feels dangerously close to combustion. And Olive discovers that the only thing more complicated than a hypothesis on love is putting her own heart under the microscope.

Holly: This has popped up in a few places and it looks really cute. 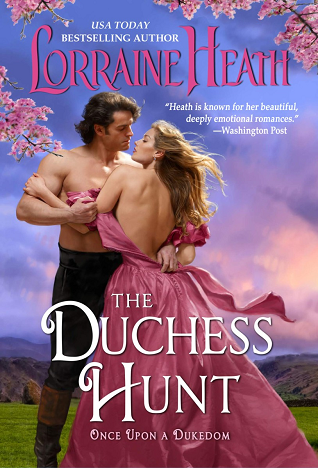 The Duchess Hunt (Once Upon a Dukedom #2) by Lorraine Heath

Hugh Brinsley-Norton, the Duke of Kingsland, is in need of a duchess. However, restoring the dukedom—left in ruins by his father—to its former glory demands all his time, with little room for sentiment. He places an advert encouraging the single ladies of the ton to write why they should be the one chosen, and leaves it to his efficient secretary to select his future wife.

If there exists a more unpleasant task in the world than deciding who is to marry the man you love, Penelope Pettypeace certainly can’t imagine what it might be. Still, she is determined to find the perfect bride for her clueless, yet ruthlessly charming employer.

But when an anonymous note threatens to reveal truths best hidden, Kingsland has no choice but to confront the danger with Penelope at his side. Beguiled by the strong-willed, courageous beauty, he realizes he’s willing to risk everything, including his heart, to keep her safe within his arms. Could it be the duchess he’s hunting for has been in front of him all along?

Holly: I’ve been on a hiatus from Historical Romance, but Heath is one of the few authors I’m still reading. I’m really glad to see this series is still going.