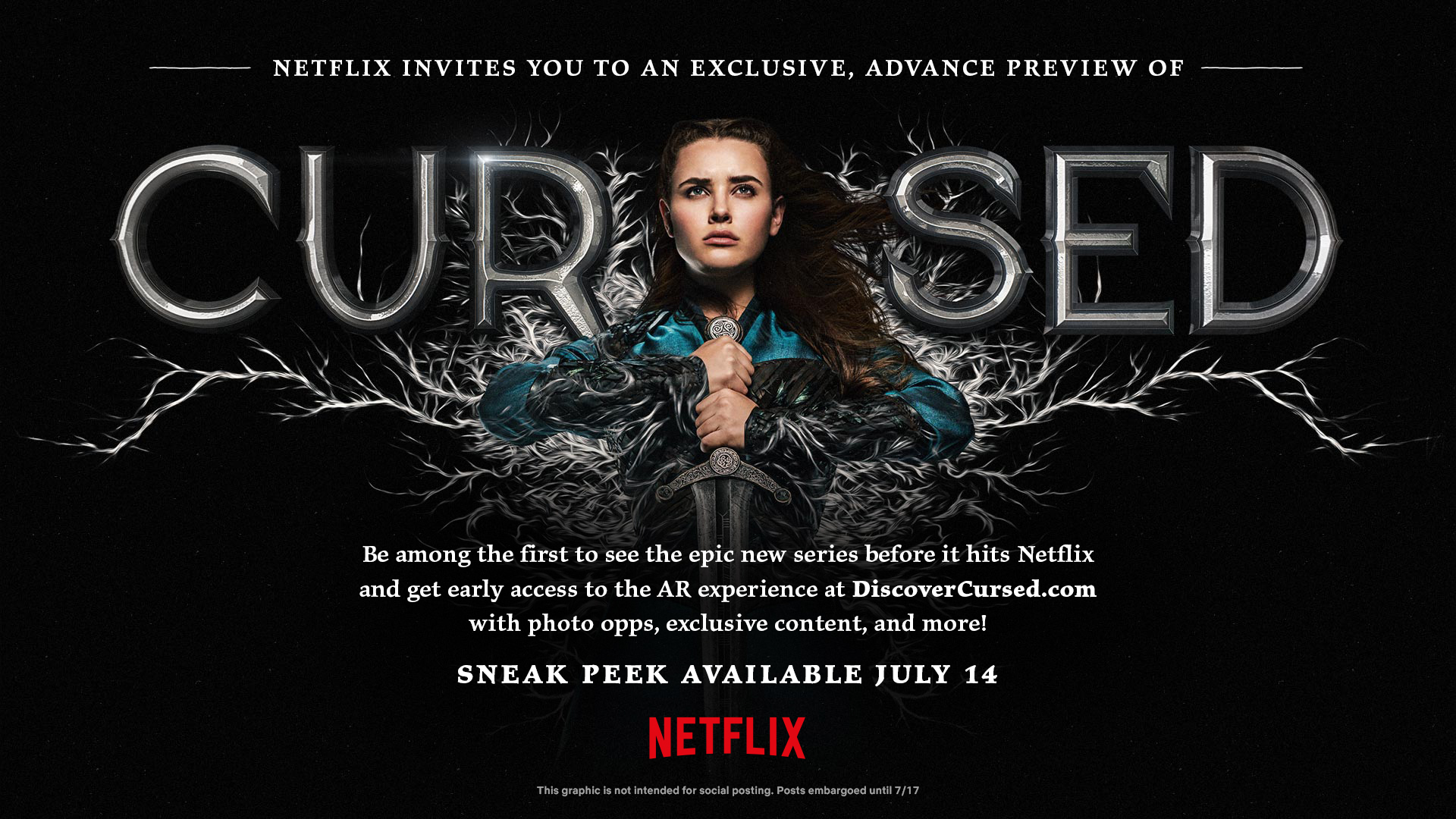 Ever since I finished Spellbinder by Thea Harrison I’ve been dying for Arthurian romances. When I heard about Netflix’s series, Cursed, based on the Legends of Arthur, I was beyond excited. I have to say, it was everything I’ve been wanting. Unlike other Arthurian series, Cursed primarily follows Nimue, Morganna and other women of the legend, which is lovely.

A group of religious fanatics, the Red Paladins, are marching across the countryside, slaughtering whole villages of Fae Folk. Nimue doesn’t want to embrace or accept the powers she’s received from The Hidden, but she finds herself using them in self-defense. Her mother’s dying wish is for her to deliver a sword to Merlin. As she searches him out, she finds friends in unexpected places and betrayals where she least expected

This series definitely has a lot going for it. A strong‐yet‐a‐little‐unsure heroine, her love interest, Arthur (yes, that Arthur), and the villains. There’s also a great supporting cast who run from good people to creepy AF characters. This series is heavy on girl‐power as well as action. There are a few cheesy moments, but they are few.

The series is richly drawn and focuses on Nimue and she learns about herself, the sword and her people.

Learn more about the series and to find out what your magic is. Visit DiscoverCursed.com for a unique AR Experience.

Ten Books We Want Passionflix to Turn in

Movie Review: If I Stay