Alright, I’m going to be honest. When Milla Vane first announced she was going to write a Barbarian Fantasy Romance back in 2014, I had to take a minute. I mean, I love everything she writes, but Barbarian Fantasy Romance??? I ended up loving The Beast of Blackmoor (Found in the Night Shift Anthology), however, and I’ve been jonesing for more ever since. IT’S FINALLY HERE! I’m so ridiculously excited for this new series.

A generation past, the western realms were embroiled in endless war. Then the Destroyer came. From the blood and ashes he left behind, a tenuous alliance rose between the barbarian riders of Parsathe and the walled kingdoms of the south. That alliance is all that stands against the return of an ancient evil--until the barbarian king and queen are slain in an act of bloody betrayal.
Though forbidden by the alliance council to kill the corrupt king responsible for his parents' murders, Maddek vows to avenge them, even if it costs him the Parsathean crown. But when he learns it was the king's daughter who lured his parents to their deaths, the barbarian warrior is determined to make her pay.
Yet the woman Maddek captures is not what he expected. Though the last in a line of legendary warrior-queens, Yvenne is small and weak, and the sharpest weapons she wields are her mind and her tongue. Even more surprising is the marriage she proposes to unite them in their goals and to claim their thrones--because her desire for vengeance against her father burns even hotter than his own...

“Our queen and king and two Dragons murdered.” A dozen warriors, who were also mothers and fathers, sons and daughters. Maddek stopped pacing, his chest a ragged ache, his family’s silver crest burning around his thumb. “How can I let this remain unavenged? I cannot.”

“The alliance has run its course if this corruption and betrayal can stand and the council stands with it, because nothing will stand if our allies cut our legs out from beneath us.”

“And what would you put in the alliance’s place? Warriors are stronger when they stand together—and Parsathe is stronger if we stand with the southern realms. Even if one of those realms is rotten.”

“Only one? With Aezil on Rugus’s throne, Zhalen’s rot will not be contained within Syssia—and some say that Aezil is worse than his father.” Not only murdering his cousin to gain his throne, but also studying dark magics and seeking power through blood sacrifice. “These are the kings we stand with?”

“If we must,” Nayil replied. “Kings rise and fall. It is not for them that we fight, but for the people who live under their rule.”

That was truth. So was Maddek’s reply. “Then it would be better for all if I took Zhalen’s head.”

“And if your vengeance destroys the alliance—”

“Then we will remake it anew.”

For a long moment, only another heavy sigh was Nayil’s response. Then the older man said, “You will be my king, Maddek. I hear your words—and I hope you hear mine when I advise you not to make any decisions in grief and rage. If you must vow to avenge them, I advise that you also do not speak an oath in haste. Silver-fingered Rani has taken your parents, so nothing can change their course; only yours can be determined now.”

And his course might determine the course of every Parsathean. Maddek inclined his head. Though his heart yearned for blood, he could not deny the wisdom of the man’s words.

“Your journey home will pass through another full turn of the moon,” Nayil continued. “Use that time to reflect upon the path you will take. That is my advice to you: think hard and well upon your next steps.”

“I can promise that.” Another harsh laugh escaped him. “I know not how I will think of anything else.”

“Nor I. I have not these many days and nights.” A rueful smile curved Nayil’s thin mouth before a grave weariness flattened his expression again. “When you are Ran, you will speak for every Parsathean. Perhaps you should let every Parsathean guide your voice—for Ran Ashev and Ran Marek were not only your parents but also our queen and king. When we gather, we can tell our brothers and sisters what befell them. We can tell them of the council’s investigation and of the lies we suspect. We will tell them the consequences of vengeance and the threat of the Destroyer. If they demand blood, I will stand with you.”

That was also wise advice. “And if there is not a consensus?”

“Then it is your place as Ran to speak for us. We will abide by your decision. So think upon what it must be. Think upon it as a son and as a king.”

He would try. But he was not a king yet. Only a warrior.

Now his warrior’s heart grieved anew. His parents, too, had been warriors—and every warrior knew death would one day come. If not by steel, then by claw or plague, or the ravages of age. Countless dangers could have befallen his parents. Before Maddek had arrived in Ephorn, he hadn’t known what danger it had been, but he could have accepted any of them.

He could not accept treachery and dishonor.

And Maddek had believed that in the council’s haste to send word, they simply forgot to tell the cause of his parents’ deaths to the Tolehi captain who’d borne the message. But now Maddek understood.

If the queen and king had sickened, or been attacked by bandits, or become a meal for the fanged beasts that stalked the Burning Plains, such information would have been passed along, too. But the council had not told Maddek what Zhalen had done because they had not wanted him to charge north with the Parsathean army at his back and with vengeance burning in his heart.

Yet vengeance burned hot, anyway—and only one thought stoked the furnace of his mind. 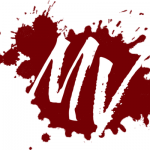 Milla Vane suckled at the plump teat of 80s fantasy movies and was never properly weaned. Under a pen name, she is also an award-winning and New York Times bestselling author of steampunk and paranormal romance. Milla currently resides in Oregon.

4 responses to “Sunday Spotlight: A Heart of Blood and Ashes by Milla Vane”