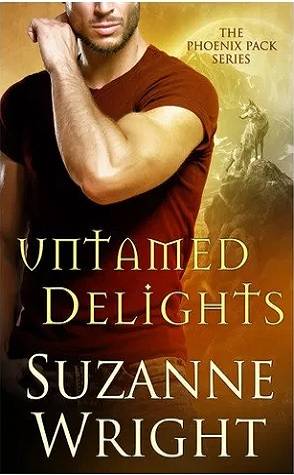 Return to the sensual and feral stirrings of the Phoenix Pack as a woman who’s already bound to one man is tempted by a wolf who’s bound only to his nightly desires.

Cat shifter Mila Devereaux can’t help but see it as a betrayal. That her one true mate imprinted himself on another female was hard enough to accept. Struggling to be at peace with her loveless fate, she doesn’t fight the suggestion of entering an arranged mating. Then she meets Dominic, a pack enforcer with a notorious reputation. It’s in his very scent. This irresistible playboy—and delicious badass wolf—is making Mila’s fantasies come alive again.

Alarming, compelling, and heady with sensual energy, Dominic is an expert at making women shed their inhibitions. Now everything about him—his killer smile, his perfectly sculpted body, and his smooth-as-honey voice—is drawing in a captivating new catch. But for the first time in his life, Dominic is feeling more than a fling. He finds himself tantalized by a female who makes him think of forever. He wants all of Mila and won’t be satisfied until he has it.

As the passion grows wild, so does the risk. They’re falling in love in the shadows and secrets of their pasts. And it’s threatening to destroy everything Mila and Dominic are fighting for. And are destined for.

Untamed Delights is the final book in Suzanne Wright’s Phoenix Pack series. I’m sad to see the end of it, but I’m looking forward to seeing what comes next from Wright.

I’ve been anxiously awaiting Dom’s book. He’s the one who constantly tossed cheesy lines at all the women in previous books, but you could tell there was more to him.

Mila Devereaux, a Pallas cat, knows who her True Mate is, and she and her cat are salty because he imprinted on someone else. She wouldn’t accept him now even if he did come for her, because she feels he betrayed and abandoned her by choosing someone else. She wants him to be happy, but that doesn’t lesson the feelings of betrayal. She’s having a hard time living as part of her Pride, since she’s in constant contact with her True Mate and the shifter he chose. Dominic isn’t interested in finding his True Mate. He wants a partner, and he’d rather do the choosing than have fate choose for him. He’s wanted Mila for years, but after they spend a little more time together he knows he has to have her. He sets out to win her and her cat over.

I really liked the way he and Mila chose each other, though I did struggle with the whole fated mates aspect. Dominic choosing to be with her, despite knowing he has a True Mate somewhere in the world was sweet, but I was mildly bothered by the fact that Mila was just okay with it. As someone who felt betrayed by her True Mate choosing someone else, I thought she should have felt some kind of way about doing that to someone else.

That aside, I liked their relationship and watching them come together. I liked watching Dominic fall for her, and go all in. They had great banter and a lot of chemistry. It was also great seeing some of my favorite past characters, though I could have done without Greta and her constant sniping. That was funny 15 books ago. Now, not so much.

I didn’t care for the “villains”, but then I rarely do when it comes to SW’s books. Still, Wright always gets me wrapped up in her world, and this book was no exception.