I have a weakness for small-town contemporary romance, and JoAnn Ross does it particularly well. This new series, set in Honeymoon Harbor, is lovely. I’m excited to share an excerpt with you today. For a woman born literally on the wrong side of the tracks in Honeymoon Harbor, Washington, Jolene Wells was living her dream life. Not only did she live in the Beverly Hills Triangle—it might be a rental apartment in the flats, aka “South of the Tracks” from when the old Pacific Electric streetcar traversed Beverly Hills—but her famed 90210 zip code was the same as where Jason Priestly and Luke Perry had hung out.

Maybe their characters were fictional, but still. And, as the leasing agent had pointed out, she was steps from Rodeo Drive. Which, while way too pricey for her budget, offered some wonderful window shopping. It was also pet friendly, not that her lifestyle allowed for as much as a goldfish. But that didn’t stop her from watching ABC7’s Eyewitness News “Pet of the Week” adoption segment and thinking maybe, someday.

She’d also, with a lot of hard work and some Tinseltown luck that could’ve come right out of an old MGM musical script, almost won an Emmy as part of the makeup team for a six-part miniseries set in 1950s Ireland. Although, as the cliché went, it had been an honor to have been nominated, privately she still thought it sucked losing out to yet another Tudor series. How many versions of Henry VIII did the world need, after all?

Still, the amount of press the series had received wouldn’t hurt her fledgling business, which she was getting closer to getting off the ground. She’d been making her own organic skin care and makeup going back to her early days at the salon where she’d been discovered and nearly every actress—and quite a few actors—she’d worked with, had asked to buy it.

Unfortunately, her life had been so busy that she’d kept putting off the actual business part of the idea. But while the indoor scenes at been filmed at the same Wicklow County studio as Braveheart, the location shoots had been done in the west. During those long, winding bus drives being shuttled back and forth between the Kerry and Clare coasts, she’d had plenty of time to think. And plan. Now, she just had to figure out a doable way to implement that plan. And if heaven would send down an angel investor, that’d be the icing on the cupcake.

Although the press gained by her nomination had caused a burst of even more lucrative film and TV offers coming in, she’d been seriously considering a change. All those movie stars had shaken Hollywood up when they’d come out with stories of abuse, but the brightness of their movie star status had overwhelmed so many of those working unnoticed in the trenches—makeup artists, hair and food stylists, wardrobe mistresses, grips, animal and child wranglers, fixers, and all the other jobs that films couldn’t reach the screen without.

She hadn’t minded that making a movie involved hard work and long hours. She’d learned a strong work ethic from her mother. What she hadn’t expected was that the moment she walked onto a location, she’d be seen by many as new prey.

That was why, right before leaving Ireland, she’d signed her name to a lengthy online list of women and not a few men, who’d decided to go public about the harassment behind the scenes. Behind Hollywood’s bright lights. Even knowing that might hurt her future employment opportunities, she’d decided to leverage whatever little bit of influence she had received from her Emmy nomination to speak out. Besides, who really cared about people who the guys at the top of the food chain considered easily replaceable?

So, needing a break from those long hours an overseas location entailed, she’d decided to spend the rare downtime until the new year looking for an investor and mentor who could help her grow her start-up and get her products out into the cosmetics and day-spa marketplace. So far, the producers of Shark Tank had turned her down twice, but she’d sent in a new audition video, mentioning her Emmy nomination, so hey, maybe the third time would be the charm. It could happen, right? 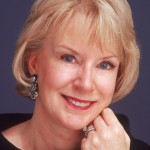 When New York Times bestselling author JoAnn Ross was seven-years-old, she had no doubt whatsoever that she’d grow up to play center field for the New York Yankees. Writing would be her backup occupation, something she planned to do after retiring from baseball. Those were, in her mind, her only options. While waiting for the Yankees management to call, she wrote her first novella — a tragic romance about two star-crossed mallard ducks — for a second grade writing assignment.

The paper earned a gold star. And JoAnn kept writing.

She’s now written over one hundred novels and has been published in twenty-six countries. Two of her titles have been excerpted in Cosmopolitan magazine and her books have also been published by the Doubleday, Rhapsody, Literary Guild, and Mystery Guild book clubs. A member of the Romance Writers of America’s Honor Roll of best-selling authors, she’s won several awards, including RT Reviews’ Career Achievement Awards in both category romance and contemporary single title. In addition, she received RWA’s national service award and was named RWA Pro-Mentor of the Year.

Although the Yankees have yet to call her to New York to platoon center field, JoAnn figures making one out of two life goals isn’t bad.

Currently writing her Honeymoon Harbor series (set on Washington State’s Olympic peninsula) for HQN, JoAnn lives with her high school sweetheart, whom she married twice, in her beloved Pacific Northwest.