When a red-haired woman tries to steal Sir Gybbon Murray's horse on his journey back to the Murray stronghold, he thanks his lucky stars that his horse is a rude lout—and that the pretty thief is not so injured that she can't tell her tale. He's no nursemaid to delicate lasses, but Mora Ogilvy is fleeing her ruthless cousins, fearing for her life. And when she tells him of the home they've taken from her and the man they say she murdered, Gybbon cannot let such injustice stand.

Mora's pride demands she take back her lands, but not by risking the lives of this handsome, wicked knight and his family. Still, she needs to recover from her wounds, and staying close to Gybbon in his brother's keep is a seductive solution. A few weeks at his side will be a sweet memory for her when she returns to fight her own battles. Except the depth of her cousins' treachery—and the fierceness of Gybbon's love—may turn her own heart against her plans.

Mora is on the run from her evil cousin.  He admitted to her that he killed her parents and she just manages to get her seven-year-old brother, Daniel, on the run before he tries to stab her.  She gets away from him and heads off to her mother’s family, the Camerons.  While on the run she comes across a man with a horse and decides to steal the horse.  Unfortunately the horse doesn’t take well to strangers and bucks her off.

The own of the horse is Gybbon Murray.  He takes pity on Mora and offers to take her to Sigimore Cameron as he knows him well.  Sigimor agrees to help Mora as the Camerons hate the fact that her cousin, the Laird’s son, is trying to take the property from her.  With the help of the Camerons, McFingals and Murrays they help Mora figure out a way to save what’s left of her family and her property.

I had mixed emotions about this book.  You’ll see that I gave it 3.5 stars but I have to admit that is for the whole my-cousin-is-trying-to-kill-my-family part of the story – which is most of it.  I liked how the three clans get together to deal with the Ogilvy Laird and his psycho son.  The humor is high in the book and that definitely kept me reading.

What I didn’t care for in this book was the romance.  It was low on romance.  Ok, it was almost non-existent, actually.  I hate to say that but it’s true!  Mora and Gybbon meet and then they start dealing with her family issues immediately afterward.  He randomly kisses her a time or two as he’s feeling possessive but really it’s just about spending time together as they deal with her cousin.  The fact that the author had them falling in love so quickly was a bit of a shock.  I know this is how things happened back then, but I need my romance! Lol

In the end the 3.5 stars are for the family part of the book.  If I had to rate this on romance alone, I’m sorry to say it would have been a 1.5. 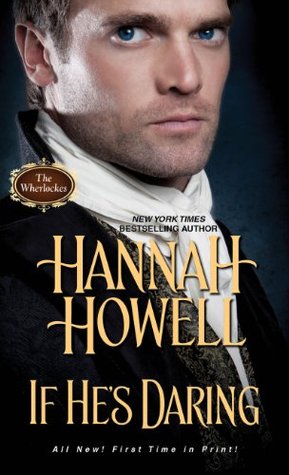