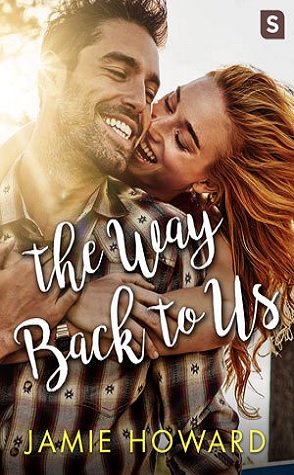 Gavin MacCormack found the one. He fell in love. Hard. Until one night he ran out for some ice cream and came back to an empty dorm room, closets bare and nothing but a quick hand-written note saying, I’m sorry. Those two words taught Gavin the meaning of heartbreak. A feeling he never wants to encounter again. And as the lead singer of a Grammy award-winning band he's had plenty of opportunities for casual, no-strings fun, which is just the way he likes it.

Dani Winters has had more names than birthdays. On the run with her father for nearly as long as she can remember, she’s lived her life by three rules—always plan for the worst, maintain a low profile at all costs, and never let anyone get too close. Except she broke that last rule once and her heart has never forgiven her.

One chance encounter changes everything. Seeing Dani resurrects feelings in Gavin he thought were long buried, and this time he’s not letting her disappear without getting some answers. But Dani’s life is the definition of complicated and she’s playing with fire by letting Gavin back in. When the time comes to run again, Dani needs to decide if a life without love is worth living, or if it’s time to stop running and fight.

Gavin has been heartbroken for years.  He thought he was over his one true love, who suddenly left him without a word when he was in college.  When he sees her again he thinks he’s angry but really he just can’t believe that she’s back in his life.

Dani Winters has been running most of her life.  When she was in college the last thing she wanted to do was leave Gavin, as she loved him so much, but her life is unpredictable.  When she reappears in Gavin’s life she lets him know that it’s only for a short time.  He agrees they’ll be together as long as they can and when they have to part it will be fine.  They’re each lying to the other, however, because they both know that when they part the last thing it will be is “fine”.

The Way Back to Us was a wonderful reunion story.  With Dani coming back into Gavin’s life we didn’t quite know what to think.  The author was pretty closed-mouthed about what was going on with Dani until further along in the book.  We knew that Dani had been on the run for years but we didn’t know why until near the end of the book.  Because I didn’t know the facts it was hard for me to get too attached to Dani.  Sure, I knew that all would work out in the end (I mean, come on, it’s a romance novel!) but while I felt for her and her situation I felt more attached to Gavin and didn’t want him to get hurt.

I loved Gavin to pieces.  He was an incredible anchor for his (all female) family and a great friend.  The last think I wanted for him was to lose Dani again.  I was happy when he made the decision he did in the end I was truly happy when all worked out.  Howard had me on the edge of my seat there for a while – good on her as normally figure those things out ahead of time.  I never would have guessed the ending of this book.

Overall I’ve really enjoyed the Love Unplugged series and I’m looking forward to Ben’s story. If you haven’t picked up the series yet, you should do that as the books are wonderful.