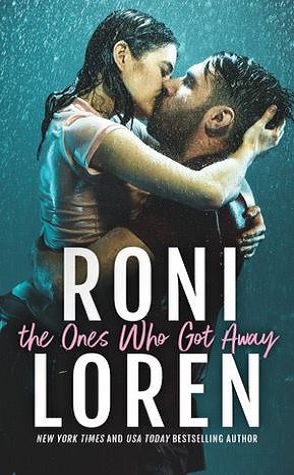 Liv has been living her life day by day since she survived a mass murder at her high school – the night of the prom.  She thought she was happy with her life but when the survivors of the shooting get together at the HS to give interviews 12 years after it happened, she finds that maybe she’s not as happy as she thought.  She gets together with the friends that got her through the year following the shooting and they dig up the time capsule that they planted.  In it are letters that say what they will do with their lives.  When Liv reads her letter she realizes she’s done nothing she planned and that makes her stop and think about how she’s been living her life.  The other thing that makes her stop and take notice is Finn Dorsey.  She hasn’t seen him since the night of the shooting.  They had secretly dated in HS but since his family was rich and her family wasn’t he tried to hide it from his father.  Their teenage love didn’t survive the massacre but now that they’re adults, things have definitely changed.

Finn is an FBI agent who has been undercover for the past 2 years.  He agreed to the interview (off camera) but he’s not thrilled about being back in his hometown.  When he sees Liv, all of the feelings that he thought were gone come crashing to the surface.  He can’t seem to stop thinking about her and events manage to push the two together.  Instead of spending the summer isolated in a lake house trying to readjust to society, Finn spends the summer with Liv and they both figure out what real living is all about.

This book was awesome.  It was so very sad because of the whole premise of the story but I love the way Loren handled the transitioning from HS to the present.  The hero and heroine in this book were facing their fears in so many different ways and they ended up finding love while doing it.  The book was incredibly relatable (even though I’ve never been involved in a tragedy like this) because the plans we made when we were in HS didn’t necessarily come to fruition.  It even made me take a look at life and see how things have changed from HS to now.

I loved Finn and Liv together and how they worked out their issues.  They hadn’t talked since the night of the shooting and needed to clear the air.  On top of that the sexual tension between them was explosive and Loren wrote some extremely hot scenes, let me tell ya!

The secondary characters in this story play a huge role and the book wouldn’t have been the same without them.  I’m very much looking forward to reading their stories as well.

Roni Loren has written a wonderful book that I highly recommend.  It’s definitely highly emotional but so worth reading – even if that’s not normally your type of romance.

2 responses to “Guest Review: The Ones Who Got Away by Roni Loren”