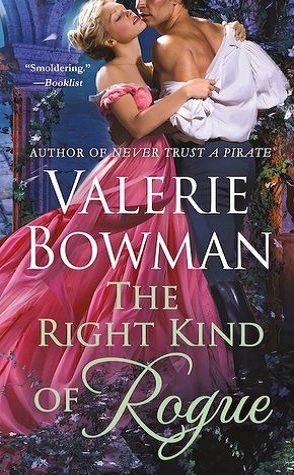 Can two star-crossed lovers come together―until death do they part?

Viscount Hart Highgate has decided to put his rakish ways behind him and finally get married. He may adore a good brandy or a high-speed carriage race, but he takes his duties as heir to the earldom seriously. Now all he has to do is find the right kind of woman to be his bride―ideally, one who’s also well-connected and well-funded. . .

Meg Timmons has loved Hart, the brother of her best friend, ever since she was an awkward, blushing schoolgirl. If only she had a large dowry―or anything to her name at all. Instead, she’s from a family that’s been locked in a bitter feud with Hart’s for years. And now she’s approaching her third London season, Meg’s chances with him are slim to none. Unless a surprise encounter on a deep, dark night could be enough to spark a rebellious romance. . .for all time?

Meg has been in love with Hart since she was 16 years old.  She wants nothing more than to be with him but she knows it’s hopeless.  Their parents are enemies and barely tolerate Meg’s friendship with Hart’s sister, Sarah.  Also, Meg is a wallflower with no dowry as her father has gambled it away.  She’s good ton but has no money.

Meg finds out from Sarah that Hart is planning on searching the marriage mart for a wife so Meg enlists her friend, Lucy (a duchess), to help her.  Lucy is ruthless but believes that Meg truly loves Hart so she helps her.   After dressing Meg in stunning gowns Hart can’t help but notice Meg but he knows he can never do more than admire her – although he does steal a kiss or two.  Though Hart likes Meg he knows he can’t be with her and is frustrated that he even thinks about being with her.

When Meg finds out that her family is to move to Spain to try and outrun her father’s creditors Lucy knows she has to step up her game. Unfortunately Hart is only half-thrilled with the outcome and both Hart and Meg may end up miserable in the end.

This was a historical romance that I really enjoyed reading.  Meg was a great heroine and I liked so much about her.  Her parents were horrible people but she had turned out to be such a nice person.  I really couldn’t see how she was friends with the ever-scheming Lucy but their friendship worked.

Hart was more than a bit of a rogue but he was a nice man underneath it all.  I liked how he treated Meg before the shit hit the fan and even after that I knew that his feelings had been hurt.  He came off as angry but I would have been too (no, I can’t tell you what happened ‘cuz that will just ruin it!). Just take it from me – he was a good guy.

This is apparently book 8 in a series but I hadn’t read any of the others in the series and didn’t feel lost at all, which was nice.  It was a decent story and I had fun reading it.

Sunday Spotlight: Kiss Me at Christmas b

Sunday Spotlight: Kiss Me at Christmas b